How Can We Lament the Present Tyranny? Reaping what We have Sown in the Great White North 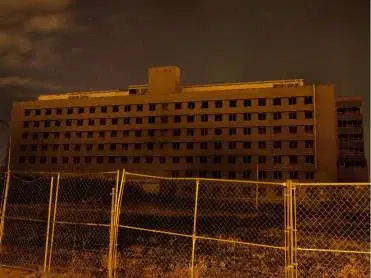 How Can We Lament the Present Tyranny? Reaping what We have Sown in the Great White North
Summary

How Can We Lament the Present Tyranny? Reaping what We have Sown in the Great White North

How Can We Lament the Present Tyranny?

Reaping what We have Sown in the Great White North

When it starts happening to your people too you’ll understand what we’ve lost, but by then it’ll be too late for everybody.

History teaches, but it has no pupils.

The latest call to me for help couldn’t have come at a more appropriate place: an unmarked mass grave of children.

“Kevin, where have you been?” squawked the voice on my borrowed cell phone.

“At the Charles Camsell Indian Hospital” I replied. “Ever heard of it?”

“No, no, but look, this is important!” continued the caller. “They just made it a law in Ontario that every child has to be vaccinated or they’ll be expelled from school and their parents will go to jail!”

“So you mean they’ll be like Indians” I said. The caller didn’t understand what I meant.

Doug Wilson could easily have ended up in the ground where I stood that morning. The aged Haida man was stolen from his family by gun-wielding Mounties when he was barely six and somehow survived starvation and tortures at the death camp called the Edmonton Indian residential school. Next door to it was the medical experimental centre called the Charles Camsell Indian Hospital, also run by the United Church. Doug was on the burial detail there, as he recounted to me years ago.

“We were scared as hell that we’d catch something from the dead kids we were burying. They’d all been worked on at the hospital by the church doctors, given some weird injections as part of some drug testing thing. They were all bloated up and yellow with strange scabs all over their bodies. None of the kids who went into those labs ever came out alive. And there was nothing we could do about it.”

“Why not?” I asked him naively.

Since Canada began, my people have established and funded and maintained and then concealed our domestic genocidal atrocities. Most Canadians still turn away with disbelief or scorn whenever these crimes are mentioned. Yet these same complicit and accommodated folks are now suddenly outraged that their own freedoms and health are under attack by the same “Crown” authority that sanctioned and led our Group Crime. My people haven’t learned or taken to heart that whatever is done to the most vulnerable among us will eventually be inflicted on everyone.

When it comes to the present police-state legislation requiring mandatory vaccinations of our children, the Canadian government and their Big Pharma string pullers are simply applying everything they’ve done to Indians over the years to the rest of us. We’re all on the Reservation now.

The truth is that the very methods of repression now being deployed against all of us were first perfected in the Indian schools and hospitals, and for over a century were used to wipe out tens of thousands of children, with our complicity. The terror we caused and allowed against those legions of brown children is now blowing back on our own. That’s why the evidence I’ve surfaced for over a quarter century as well as our campaign to expose genocide in Canada has been so systematically attacked, marginalized, smeared and censored out of sight and mind: because it reveals how and why the present tyranny has come about. And such knowledge and memory is dangerous to the few who continue to milk and bilk the many.

But the sickness called Canada runs deeper. No state immersed in inter generational crime can retain its lawful or its moral substance. As Martin Luther King observed, “To keep others repressed you have to be down there in the ditch with them.” Or as a German friend who’d survived the war years in Berlin once described to me:

“There never was any serious mass opposition to Hitler because as a people we’d lost the capacity to know right from wrong, and to act on what we knew. We all became lost in the same Nacht und Nebel (Night and Fog) that the Nazis imposed on all their opponents.”

The mental and moral fog that enshrouds Christian Canada is not ultimately something that has been done to us; it has been generated by we ourselves and by our long accommodation and service to a blood soaked Empire. If the Canadian government is able to so easily impose its Orwellian statutes on us it is because we have lost the capacity to be other than servile. My Irish grandmother used to say “The Devil can’t put into you what isn’t there already.” If Adolf Hitler psychically represented a defeated, war-ravaged people hungry for vengeance, then the burgeoning police state on this continent is nothing less than the expression of a people who have fed too long off the fruits of genocide to do anything else but choose a slavish security over the risks and costs of freedom.

Even if we could make such a choice, the basic moral issue is whether Canadians have earned the right to liberty and justice. Like the proverbial death-bed penitent who seeks a cheap, last minute redemption as the void yawns, Canadians want an assurance of justice of which we are not worthy. We have not yet won our right to be a free people. We are too immersed in the Night and Fog of our own complicity and fears to do anything but stumble in blindness, seeking a quick and easy solution to ourselves without understanding who and what we are.

“They don’t seem to realize that they’re dead”: thus did my buddy John Graham, a Lakota shaman, describe the preened and proper United Church parishioners who hurried past our leaflets and placards one Sunday morning bearing the same oblivious, bovine expression. The seed of murder we have sown to steal and keep this land has filled our Body Politic and each one of us with a harvest of living death. Native or Pale, “sheeple” or “awake”, none of us is spared. We're in a state of group possession. Anyone who peeks even slightly outside their own self-interested circle knows this to be so.

Can we truly lament the present Tyranny, when it has emerged from ourselves and through which we have reaped all its material benefits up until now? To genuinely mourn is to let go of a life that is dead and gone, and take the first step towards freedom: the kind that lies beyond our present selves. For the true mourner knows that things are over, that no healing or “reconciliation” is possible, that a life and even an entire culture has ended. Only then can a new world be born. But first we each must grieve and wail from our guts, and let go of the corpse that we all cling to for answers. Leave the fallen city, and seek your salvation elsewhere.

Fallen indeed is the great city of Babylon known as Canada. Why then are we hoping for rescue from its latest repressive laws through the very courts that serve the monster that we have created? Can one wing of the problem protest or oppose the other? Hope lies elsewhere. Seeking freedom and a new spirit and name in the desert outside the city walls is never easy, practical or desirable for a captive people like Canadians. But there is no other course for us.

What does it all mean? Simply this: Seek yourself elsewhere than in what you presently are. Take your children and your best self and leave the power and its jurisdiction that you serve, while you still can. The Republic of Kanata awaits you once it has emerged from within you.