The Going Rate for a Doctoral Degree. An Open Letter to University of B.C. Chancellor / HSBC CEO Lindsay, The Launderer, Gordon 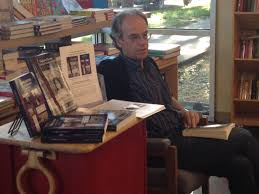 The Going Rate for a Doctoral Degree. An Open Letter to University of B.C. Chancellor, HSBC CEO Lindsay, The Launderer, Gordon
Summary

The Going Rate for a Doctoral Degree: An Open Letter

Congratulations, first of all, on your elevation to the at least symbolically august position of Chancellor of my old Alma Mater, the University of British Columbia. I suspect you need all the positive accolades you can muster these days, considering that recent nasty business with federal prosecutors.

I’m writing to you Lindsay because, well, frankly I’m pissed off. Why should I be denied a doctoral degree just because my cash flow is a bit dry and I can’t scrape together the obligatory $15 million? That is the going rate for a PhD at UBC, isn’t it? Or did I get my facts wrong? I mean, you should know; you are a banker.

Let me explain. Some years ago while I was picketing St. Andrew’s Wesley United Church on Burrard street, I glanced across at the imposing sky scraping phallus called the Wall Center, named after your good buddy and Vancouver Club associate Peter Wall. Wondering who the hell he was, I did some digging.

Well, as you know, Peter is a UBC dropout who kept failing his Bachelor of Science exams in his youth. Frankly, the guy was a bit of a dummy. But low and behold, later on in life the retard did “good” (at least, in the mind of a banker) by single handedly making Vancouver housing ridiculously expensive and unaffordable in his role as the city’s biggest “developer” (you’ve got to love those oxymorons). And then to nurse his bruised academic ego, perhaps, Pete bought himself a real live doctoral degree from you guys after dropping fifteen million bucks on your fair campus.

Now Lindsay. Believe me when I say that I’m not that resentful towards “Doctor” Pete. Who am I to begrudge the right of a substandard IQ'er to redeem himself, at least in his own mind? What annoys me is the banality of the process. It’s like in 1997, when your predecessor Martha Piper received a phone call from the United Church of Canada head office one day and then like some dutiful appartchik she complied with their request to “deal with this meddlesome priest” - that would be me. And so quicker than you can say “Academic freedom? What academic freedom?”, that was it for yours truly’s tenure on the UBC campus, despite my possession of three degrees from there and a first class standing midway through my PhD program in the Educational Studies department.

Okay, so I won’t blame Martha and the church entirely. I know that digging around the south end of the UBC endowment lands on that quaint Musqueam Indian reservation is never a good idea, with all the unmarked graves of native women there along with the after-hours drug running and child trafficking going on at the Celtic Shipyards under the First Nations auspices of another one of your good buddies, “Chief” Ed John. Hell, one of Ed’s boys even tried setting me straight one night using something more than harsh language. And for me to keep publicly asking why so many convicted corporate felons sit on your Board of Governors can’t help but cause teeth gnashing among the folks who matter, like you and your Arab friends.

And on that note, I have a question, Lindsay: was that story of Al Qaeda money getting laundered through your HSBC bank spot on, or just something the feds down south cooked up to make you guys play ball? I mean, diddling with the Mexican drug cartels is one thing, Lindsay; that white stuff is everybody’s opiate of choice these days. But those Arabs mean business, man, and just like your aboriginal co-conspirators, you never know what those little brown bastards will do next to upset the apple cart for everyone. At least, that’s what one of your high level colleagues is purported to have said when you guys got the $1.9 billion fine.

Okay, I’ll lay off. It must hurt, to lose that kind of dough. What I really need from you, my man, is to know how low you folks are willing to go. No, I don’t mean morally. I’m talking about the amount on the cheque and who I make it out to. Fifteen million is a bit beyond my means right now, provided I don’t finally sue the United Church. But I can afford $212.39, according to my records. Will that do? Will you take some post-dated cheques?

I figure you owe me something, Lindsay, especially after reading the glowing description of Doctor Pete aka The Retard that was read out when he got his head tapped and received his Ph.D back in 1995, and I quote “He possesses a creative and innovative mind which allows him to bring unconventional solutions to otherwise insoluble problems.”

Shit, boyo! That could be me you guys are talking about! And I’ve never once flunked an exam or paid five thousand bucks a night for a hotel room!

Thanks Lindsay. I’ll wait for your call. We have to do lunch.