Five Years On: Reflections on the Fall of the Big Rat, and the Rising Reclamation 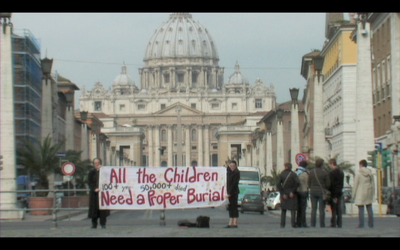 Here We Stand
Five Years On: Reflections on the Fall of the Big Rat, and the Rising Reclamation
Summary

Reflections on the Fall of the Big Rat, and the Rising Reclamation

Pope Benedict, Joseph Ratzinger, has scheduled a meeting with Italian President Giorgio Napolitano for Saturday, February 23 to discuss securing immunity from prosecution from the Italian government, according to Italian media sources. Ratzinger's meeting follows upon the delivery to the Vatican Secretary of State's office on February 6 of a diplomatic note from an undisclosed European government. The note apparently stated the intention of this government to cooperate with a high court in issuing an arrest warrant against Ratzinger, who resigned from his pontificate less than a week later. - from an ITCCS Communique, 14 February, 2013

Many people are unable to accept the fact that the single stone loosed by us was able to fell the Goliath in Rome. As accomodated slaves, they cannot believe that right alone makes might. But their masters fear what has happened, since they know that now, any ruler can be brought low – and with him, his entire kingdom and a world based on kingdoms. - from Fallen, by the author

The old man still doesn't dare to set foot outside the one hundred acres called Vatican City lest he face immediate arrest for his war crimes. But what put him in his gilded prison and what keeps him there is all but forgotten now. This is a reminder.

It had never happened before. On the eve of their conviction in a public tribunal for crimes against children, not only a serving pope but three other indicted Vatican officials resigned their offices, including the so-called "black pope": respectively, Joseph Ratzinger, Tarcisio Bertone, Sean Brady and the Jesuit leader, Adolfo Pachon.

"When a smaller opponent has bested you, make your defeat appear like a victory, or a tactical maneuver rather than a retreat". Thus did Nicolo Machiavelli advise popes and other monarchs in 16th century Italy, in his handbook for the powerful known as The Prince: counsel that the Vatican has taken seriously in the wake of the unprecedented resignations of its top church leaders. For ever since February of 2013, Rome has tried fervently to erase the memory and reason for its retreat before a common law verdict that declared that its top officials are convicted felons and the roman catholic church is a criminal organization.

Five years ago today, when the news broke that Pope Benedict, aka "Joe the Rat" Ratzinger, was no longer the Bishop of Rome, I received an early morning phone call from the National Post newspaper in Toronto. A remarkably obtuse young reporter asked me if it was true that a pending arrest warrant against Benedict that I had helped engineer had prompted his departure.

"Absolutely" I replied, grinning ear to ear. Anticipating his next query, I continued, "But go ask the Spanish government if you don't believe me."

I never heard from the reporter again, nor did the Post or any other corporate media ever run a story on the threatened arrest of Rat Boy that had sent him scurrying from his sinking papal perch. Instead, with marching-orders precision, the world press scooped up and parroted the Vatican's make-believe account of a "sudden illness" behind Benedict's resignation, and focused with iconic fervor on to the waiting-in-the-wings Jesuit spin doctor who was soon to be crowned "Pope Francis".

The truth is that on February 1, our common law court that was adjudicating the case against Pope Benedict and others was notified by a Spanish official that, based on its examination of our evidence against Benedict, a high court in Madrid would issue an arrest warrant against him as early as February 15 if the pope set foot on Spanish soil. Even better, the court was also considering placing a lien on catholic church property to compensate Spain for any reparations issued to the thousands of its citizens tortured and trafficked as children by priests and nuns during the Vatican-friendly Franco dictatorship.

Well Jesus, Mary and Joseph! After Rome received a Spanish diplomatic note with that news on February 6, the shit did more than hit the fan. In a hilarious, Grade B gangster movie scenario, a gaggle of corpulent Cardinals, church bankers and assorted Cosa Nostra goombahs undoubtedly sat down with Rat Boy and told him with Italian ardor to remove his Bella Figura, and pronto, from the premises. In short, Take the fall, Joe, before we all lose our shirts and go under. And as a former Hitler Youth soldaten, Benedict knew the importance of following orders. The sorry old bastard stepped down five days later. And his fellow partners in crime who were also indicted by our court - Bertone, Brady and Pachon – all followed suit in the weeks that followed.

You know, it's unfortunate that in the wake of David's slaying of Goliath, the fleeing Philistine army and its chastened king didn't have Vatican spin doctors working for them. For then their toppling regime could have been stabilized and the triumphant underdogs put back in their place with the official announcement that, far from being slayed by the wee shepherd's single stone, Goliath had actually succumbed to an unfortunate illness. And besides, would continue the announcement, now is not the time for further conflict but rather, healing and reconciliation, as embodied by our new leader, our kinder and gentler Goliath! For such is the line of tyrants with their backs against the wall, whether millennia ago, or today.

Since that glorious moment five years ago when we witnessed a child killer fall from his throne, the impact of that collapse has spread tsunami-like over our world, despite all the "kinder and gentler" pretenses of a besieged Vatican. And as with all turning points in history, the greatest victory has been a subtle psychological one, a shift in how slaves and slave-masters see themselves. The illusion of unchallengeable power is gone now. By showing that the world's mightiest autocrat can be deposed, and by demonstrating the way to do it, our common law court was like a single stone landed squarely in the giant's face. The victory of February 11, 2013 was a literal shot heard 'round the world that commenced a new phase in human history: the reclamation of the law and sovereign power by We the People, through our own courts and direct actions. But that recovering is still only potential. The point now is not simply to bury Caesar but to replace him: something easy to talk about but harder than imaginable to accomplish. And yet that journey has begun.

An aboriginal friend of mine summed up the situation shortly after Ratzinger's fall:

"Jesus, Kev, that exorcism of yours really worked! I mean, you counted coup against the biggest asshole of them all. Now all them rich fuckers are shitting themselves! Trouble is, nobody's gonna believe it."

His final comment tempted me to reply with the words of another friend of mine, who upon being told by his mother that she couldn't believe that their mutual friend had died of a drug overdose, replied, "You don't have to believe it. But the corpse is still there."

It's time to bury the dead once and for all. Operation Atonement commences April 15 (see below). Let's finish the job.

ENDING THE REIGN OF TERROR AGAINST CHILDREN

The routine trafficking, torture and murder of children has become a lucrative global industry in which major church corporations are deeply implicated. The Vatican, the Church of England and other churches stand convicted in common law courts of these and other genocidal acts. Your funding of and adherence to these criminal churches is allowing their wrongs to continue.

On April 15, 2018, people in many countries will take direct action to stop these crimes by striking at their source. Operation Atonement will perform citizens' arrests against known child rapists and the church officials who aid them; will peacefully occupy church facilities and disrupt their operations; and will halt the funding and legal protection that enable these criminal institutions. These churches have betrayed their trust and lost their right to operate under the laws of God and Humanity. We the People will no longer allow such wolves in sheeps' clothing to exploit and brutalize our children.

You can help save the lives of the innocent by joining this global effort. Here's how:

1. BOYCOTT the Roman Catholic, Anglican/Episcopalian and United churches by denying them attendance and funding.

2. DEMAND that your government revoke the tax-exempt status of these churches.

3. EDUCATE yourself and others about this crime and the hidden history and nature of these criminal churches. See itccs.org and murderbydecree.com .

4. JOIN the nearest OPERATION ATONEMENT Action Group and directly halt these false and murderous churches. Contact itccsoffice@gmail.com to join up.

Share this leaflet with a friend. Take action now to stop the war against our children! 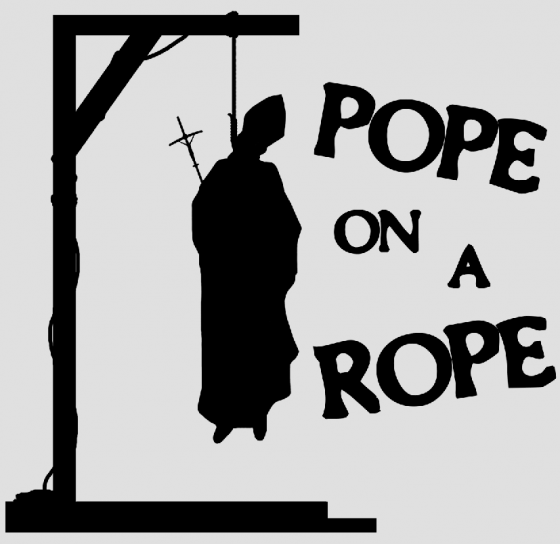