Essential reading for our Common Law work and for any true Republic. Please study and share this summary of The Social Contract 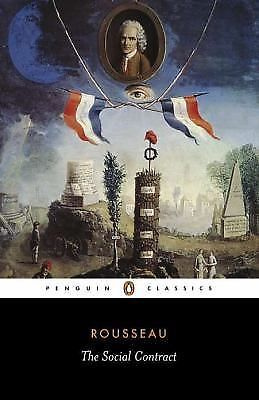 Essential reading for our Common Law work and for any true Republic. Please study and share this summary of The Social Contract
Summary

Essential reading for our Common Law work and for any true Republic: Please study and share this summary of The Social Contract

1. How to find a form of association which will defend the person of each member with the collective force of all, and under which each individual, while uniting himself with the others, obeys no one but himself, and remains as free as before. This is the fundamental problem to which the social contract holds the solution.

2. Everyone is born free and master of himself and is naturally sovereign, and no one else may under any pretext whatever subject him without his consent. Since no-one has any natural authority over his fellows, and since force alone bestows no right, all legitimate authority among people must be based on covenants. Such covenants assume the form within societies of a voluntary social pact or contract that binds all the individuals within it according to a General Will through which every individual is sovereign. This social contract, far from destroying natural equality, substitutes a moral and lawful equality for whatever physical inequality that nature may have imposed on mankind, so that however unequal in strength and intelligence, men and women become equal by covenant and by right.

3. When people join together and consider themselves a single body or society, they are directed towards their common preservation and well-being. Such a common good makes itself so manifestly evident that only common sense is needed to discern it. Thus is the law and governance placed naturally within the reach of every man and woman in a society. Upright and simple people are difficult to deceive precisely because of their simplicity. The happiest people in the world are those who regulate their affairs themselves without political stratagem and refinement. A state thus governed needs very few laws, and whenever there is a need for laws that need is universally recognized. Justice, like divinity, is as self-evident to all as clearly as it is to the individual, without the need of interpreter or mediator.

4. The general good of all is the goal of every system of law and government, and is the only basis by which a society can be governed. This purpose can only be expressed through freedom and equality; freedom to serve the general good and not withdraw into dependence, and equality because freedom cannot survive without it. No citizen shall be rich enough to buy another and none so poor as to be forced to sell himself. The force of circumstance tends always to destroy equality, and thus the force of legislation ought always to tend to preserve it. In a genuinely free state, the citizens do everything with their own hands and nothing by means of money. For as soon as public service ceases to be the main concern of the citizens and they come to prefer to serve the state with their purse rather than their person, society is close to ruin.

5. The sovereignty of the people through their General Will is absolute, and cannot be and is never surrendered to another. That sovereignty cannot be represented, for the same reason that it cannot be alienated. Thus the peoples' deputies in a true Republic are not and can never be its representatives: they are merely its agents acting according to the peoples' sovereign will, and such agents cannot decide anything finally.

6. No government can take from the people their capacity to govern themselves. Any law which the people has not ratified in person is void; it is not law at all but imposition. The English people believes itself to be free, but it is gravely mistaken; it is free only in that moment when they elect Members of Parliament. As soon as the Members are elected, the people is enslaved; it has surrendered its governance to others even while retaining its innate sovereignty, like a sleep walker unaware of himself. The idea of representation is a feudal one created to degrade and dishonor the name of mankind. In a Republic the people do not have representatives; the very word is unknown. The moment a people adopt representatives is is no longer free; it no longer exists. That is why the essential principle of a Republic is virtue, for a people's self-governance cannot prevail without virtue and the placing of the general interest above self-interest.

7. In nature every-one has the right to everything, but in civil society right is governed by law and the common interest. Every-one has a natural right to what he needs, but the act of making himself the proprietor of any thing excludes him from everything else. And as a general rule this right of first occupancy that allows someone to claim part of creation for himself is limited by three things: the land or thing being possessed shall not already be inhabited or belong to anyone else; the claimant takes no more than he needs for his subsistence; and he takes possession not for idle ceremony but to work and cultivate what he possesses for the common good. For how could any individual or an entire people seize any territory and keep out the rest of the human race except by a criminal usurpation, since the action would rob others of that which nature has given to them all in common? Therefore, every private owner is a trustee of what is public property. The right of any individual over his own estate is always subordinate to the right of the community over everything; for without this there would be neither strength in the social bond nor effective force in the exercise of sovereignty.