Blood on the Pavement: More on my Early Apprenticeship as a Free Radical by Kevin Annett 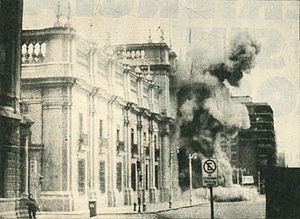 Blood on the Pavement: More on my Early Apprenticeship as a Free Radical by Kevin Annett
Summary

Blood on the Pavement: More on my Early Apprenticeship as a Free Radical by Kevin Annett

Blood on the Pavement: More on my Early Apprenticeship as a Free Radical

My recent account of how at age fifteen I overturned my highschool’s puppet student government (“Leaving the Playpen”) sparked an excited request from an old friend of mine named Anna.

“You’ve got to tell the one about the ox blood, Kev!” she implored, her eyes dancing with the memory.

On the occasion in question, Anna and I had been part of something that you don’t see anymore in Vancouver: a crowd of hundreds of unrestrained and unofficial people. The bullseye of our wrath was the Royal Bank of Canada at the corner of Burrard and Georgia street, squatting then as now in the heart of the city’s big money quagmire. It was February, 1974, the month I turned eighteen. And on that day, I fought the cold of every sort by having steaming ox blood poured all over me.

The Royal Bank, you see, had helped fund the grisly military coup in Chile the previous year. And that week, with standard corporate conceit, the Bank was hosting a “Pacific Trade Conference” for representatives of the very junta that now reigned over the corpse-filled streets of Santiago. Well fuck that! Not in my backyard! I decided, along with a lot of other, equally spontaneous folks.

Some guy in our group knew another guy who worked on the kill floor at Canada Packers, and as easily as slicing a jugular he obtained a vat of the stuff that we knew would sock the message home far better than mere protest could. The only question was, who would be the one?

Armed with more experience and savvy, I might have noted how none of the older, professional politicos who were among us that day had volunteered to have the gore poured on them. They looked instead to one of us raw and eager conscripts to do the deed. One of them, a seriously unkempt Trotskyist named Gary Cristall who was trying to recruit me to his grouplet, suggested that I do it.

“You’re clean” he observed from behind a cigarette. “You’ve got no police record if they come down on us.”

I didn’t take much convincing.

Gary’s concern about the cops was ill founded. Vancouver police, after all, never get too excited over corpses. The circling squad car barely glanced at my unmoving form on the sidewalk outside the bank, as the coagulating blood flowed around me and down the pavement to congeal in the gutters outside the ritzy Hyatt Regency. But the passersby were more impressed. Some of them screamed. Others stared dumbly at our huge banner that declared “Royal Bank: Blood Money from Chile” as our army of agitators stuffed leaflets through the locked doors of the bank shut hurriedly by an extremely upset local manager. The rest of our mob kept up a constant chanting of slogans as Gary screamed something through a bullhorn.

I like to think that my four youthful years at the Manitoba Theatre School prepared me for my sanguinary debut as a stiff, there on the pavement. At one point, I rolled onto my back and made a point of hanging my tongue out and rolling my eyes about. When he saw that I was breathing, a stern guy in a suit stood over me and announced that I should be ashamed of myself and should be locked up. Breaking character, I pointed a dripping finger at the bank and spouted back,

“What about those fuckers?”

Ironically, I didn’t turn and extend the same finger and accusation across Burrard street at Christ Church Anglican Cathedral, whose bloody trail was just as wide and as present as the Royal Bank. Even as we attacked our perceived enemy, that far more prevalent killer bearing a cross was maiming and slaughtering brown children just miles from where we stood. Many years later, I would cross the street and confront its crimes, but accompanied by none of the people who stood with me in 1974: the ones who saw evil so clearly when it was so obvious and so far away from home.

For years, the blood stain from our protest remained on the sidewalk outside the Royal Bank. But like memory itself, it’s all scrubbed clean now. I mentioned that fact once to William Combes as we stood with a handful of others with our placards outside Christ Church on a day as cold as that one in 1974.

William never said very much, which comes from being sodomized with a cattle prod when you’re five and burying other children at night. But whenever he did speak, he seemed as unmindful of all the blood as I had been that day on the pavement. He stared at me when I described our bank protest, and he said quietly,

“If we ever tried that we’d have been dead the same day.”

After my drenching outside the bank, I had gone to a friend’s house to stay the night and wash my clothes so my parents wouldn’t know what I’d done. For William, the blood never came off. He still spoke of the children he saw murdered on the last day of his own life on February 26, 2011, when he was medically poisoned at St. Paul’s hospital because of what he knew about Elizabeth Windsor and ten missing children.

The blood that never comes off. 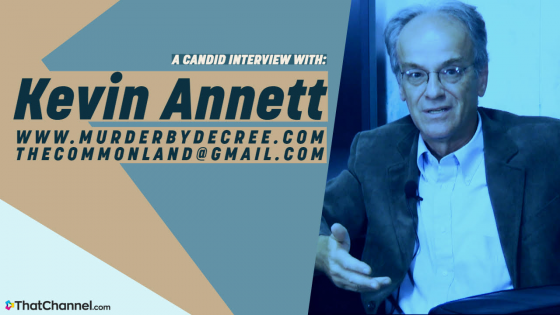