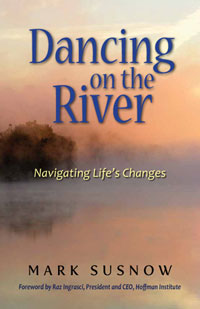 Give Yourself a Mental High-Five
Summary

With any career or profession, there are increased duties and responsibilities. Most of us know what these are. But what we donât know is that with this increased responsibility, comes rights and privileges. Quite often, we donât allow ourselves to accept them. We have the right to allow and to accept more ease and joy into our life. We can allow more money into our life.

Give Yourself a Mental High-Five

I love exploring new ideas and concepts. Writing has become a vehicle for this exploration.  In addition to Letters on Life and writing books, I have been blogging, probably could be more consistent, to help in the development of some of these ideas. Over the last several years, there was one blog in particular that was read more often than all of the others.
Its title stemmed from a conversation that I had with one of my coaching clients, who for confidentiality purposes, we’ll refer to as Sally. While we primarily would discuss how Sally could continue to evolve both personally and professionally, her biggest concerns were with the professional practice that she took over three years before. Like many of us, her concern about whether she could pay all of her bills and expenses drove her crazy. Even though she did much more than just pay her bills, her concern gnawed on her.  Sally was talented and worked hard. Within a short while, she became quite successful by most peoples standards and consistently continued to get new clients.
Yet she still didn’t think of herself as a successful professional because she still had doubts and insecurities. Welcome to the club. I let Sally know that I have coached some professionals who were at the top of their game and they still had more than their share of doubts and insecurities.
In a metaphorical sense, Sally graduated. Here’s what I mean. With any career or profession, there are increased duties and responsibilities. Most of us know what these are. But what we don’t know is that with this increased responsibility, comes rights and privileges. Quite often, we don’t allow ourselves to accept them. We have the right to allow and to accept more ease and joy into our life.  We can allow more money into our life.  For Sally it meant recognizing that it was her time to accept the abundance in all phases of her life and to be grateful for her success.  Not only had she earned it, she deserved it. Since she was embarking upon a new way of being, her acceptance has been a gradual process.
Developing a spiritual practice and discipline helped Sally in this acceptance. I suggested that she meditate and express gratitude on a daily basis, for the success in her life, so that she would begin to see herself in a new way.  As Sally integrated these practices into her daily life, she developed a new sense of grace and dignity. With that, came a newfound confidence that she would be able to navigate the swifter currents and deeper waters of life’s changing currents.
Even with this noticeable progress, Sally was still hard on herself. Like many of us, she is the first to criticize herself.  Most of us would not talk to a friend the way we talk to ourselves. I continued to encourage her to talk to herself in a more positive way.  Then the breakthrough occurred.  She asked, "Do you mean give myself a mental HIGH-5?" I said exactly.
I was so struck by the metaphor that Sally came up with that I asked her for permission to use it in the title of a blog. Let’s explore its deeper significance. First the mental picture that came up for me.  I saw myself saying with a smile on my face, “Yes,” while at the same time moving the palm of my hand in a forward and slightly upward direction. Perhaps you have your own mental image. Aren’t we really saying, “Yes” to life, to our greatness, and to a job well done.  Most of us would agree that we don’t listen to that voice enough.
In previous writings I have referred to this voice as your VIP, the voice of inspiration and praise.  It’s that voice that says, “Yes, you can.” It’s that voice that says, “Good job, Nice going. You handled that well.”  It takes work and dedication to cultivate this voice, but if you don't make the choice to work on it, your life will seem like one of limitation. You will be filled with doubt and hesitation.
Becoming conscious of your thoughts is not only a choice that determines how you experience your life, but it's also a choice about becoming the person who actually lives that life. It's a choice about which voice you choose to listen to; the voice of judgment and limitation, or the voice of inspiration, which then becomes your "guiding light."
So yes, give yourself a mental high-five and say, ‘Yes to life.”
You know I love to hear from you.  Let me know how you give yourself a mental high- five. Feel free to share this message with those in your circle. FYI <em>the Soul of Uncertainty</em> is coming late in January.
JOURNEY ON
MARK
"What a worthy adventure we are on.  Our job is to enjoy it, to be ethical and to live life fully."
The INSPIRE POSSIBILITY blog is dedicated to personal and professional development. Mark Susnow, is an executive-life coach and strategist who inspires others to experience more fulfillment and success in their life. A former trial attorney for 30 years and musician, he integrates what it takes to be successful in the world with the inner wisdom unfolded to him through years of yoga and meditation. He is the author of Dancing on the River: Navigating Life’s Changes and the soon to be released the Soul of Uncertainty.
Special Interest Story
Column Article
Mark Susnow