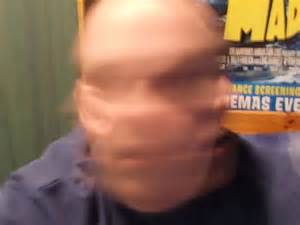 WHILE THERE IS STILL TIME...

I URGE you to Contact your Senator and REMIND them... they took an OATH to AMERICA...

not to the UN and Iran.
You, the taxpayer - pays their salary, not the Iranian-American Political Action Committee (IAPAC)!
Tell the Republicans the Iran Agreement is binding. A binding document is a TREATY. Mitch McConnell can determine that it is.

Tell the Democrats to remember they work for America, not Iran!

Congress returns to DC this week.  They have much to decide, but nothing is more pressing than the IRAN AGREEMENT!  You have probably read or heard about much information on the pros and cons of this deal.

THE PROS: Obama will have a deal with Iran for the good of his Legacy.

that these weapons will not be used on Americans!!

There are secret deals....that have not yet been seen by Congress or the People.

Obama admits that after fifteen years, Iran’s breakout time would be reduced to zero - with the lifting of nuclear restrictions.

“No deal is better than a bad deal.”...are the words of President Obama and those supporting the Deal.

This is enough to make my head spin.

WHY... should America participate in an Agreement that gives Americans NOTHING, Iran EVERYTHING...AND while igniting the rest of the Middle East, as our allies will now want their own protection?  Why were so many legislators, Democrats, in favor of this destruction?  This does not compute!

There must be more involved.  So I did what I always ask you to do. I followed the money.  Would you be surprised to find that they majority of the legislators signing on to this Agreement - have already been PAID OFF by the Iranians, in the form of DONATIONS? Iranian American Political Action Committee (IAPAC)

Does that make you a sick as it makes me?  For a few shillings, legislators are willing to commit TREASON ON AMERICANS!!

The Iran Agreement was SOLD – for favors you can be sure- to the GOP as a non-binding agreement.  The incompetent Senate then gave Obama the right to sign an Agreement, and then take it to the Senate not as a TREATY - which it should be, but as an Agreement for a 60-day Review, and 2/3 approval as per the irresponsible Corker Bill.  Why irresponsible?...You ask?

Everyone knows Obama lies, except the Senate and Corker, who wrote this disgraceful unconstitutional bill, instead of following the Constitution. It should be interesting to find who was paid off...in order to pass the Corker bill!!

Once again, the DEMS will vote for a AGREEMENT (TREATY) - THAT THEY NEVER READ!

The GOP will scream FOUL. But it won't matter, in the end -they will fold.

The media will “believe Obama and Kerry.”

And unless we can find a real statesman to stand up for America, the AGREEMENT – and its never-seen publicly side deals WILL PASS.  Americans are forced to accept another Agreement they never saw. The only justice in this, is that Congress and the Executive Branch cannot exempt themselves. If a terrorist reaches the Capitol, I don’t think they will ask...Who is exempt!

God Bless Americans, there is hope.  The non-politicians are gaining ground in the GOP race.

The more Trump tells the truth,

the more Americans get behind him.

The politicians, the Regime and media cannot figure it out.

They keep misreading the American people -

who have JUST HAD ENOUGH!

Americans...who are joining together, and realizing we have more in common than we are told!  I don't care how many languages Bush lies in, he is still lying, but Thank You, Donald and Sarah!  This is STILL America, and English STILL is our language!

Rather than holding our nose and voting, we would rather vote for someone who tells the UGLY, REAL TRUTH...Rather than support more made-up fantasy-land lies!

Obama and Kerry are trying to convince you this is an Agreement, and it is great for America, that this is our only option, or we will have WWIII.

This MUST PASS, in order to avert another CRISIS!!!

It must pass now, before you read it!!!...and BEFORE you see what is REALLY in it!!

Doe this script sound familiar?
We are fortunate.  A new President can withdraw/restructure the Iran Agreement, because it is an Agreement. Ask your candidate what they would do!
REMEMBER!

- Obama has ties to Iran; arms the enemy, and supports Muslim Brotherhood leaders.

- Hillary took donations from Muslim Brotherhood, and Huma was her aide.

- Kerry’s daughter is married to an Iranian Doctor.

WHILE THERE IS STILL TIME...

I URGE you to Contact your Senator and REMIND them... they took an OATH to AMERICA...

not to the UN and Iran.

You, the taxpayer - pays their salary, not the Iranian-American Political Action Committee (IAPAC)!

Tell the Republicans the Iran Agreement is binding. A binding document is a TREATY.  Mitch McConnell can determine that it is. Remember Eric Cantor?

Tell the Democrats to remember they work for America, not Iran!

Remember Mary Landrieu?  Vote NO. Ben Cardin of the Foreign Relations committee changed his mind, so can you.

I listened to Louis Gohmert , who just returned from Egypt.  The Egyptian people are begging America - not to follow through with this Agreement!!

Think they know something we don’t?
The Agreement is BAD. Better NO DEAL - than a BAD DEAL!

WILL YOU MAKE THE CALL?

- TELL REPUBLICANS TO REMEMBER:  THE IRAN NUKE DEAL IS BINDING...A BINDING AGREEMENT IS A TREATY!

- TELL DEMOCRATS TO REMEMBER:  THEY WORK FOR AMERICANS, NOT IRAN!

Prepare your family, AND prepare to protect your family, your home. Buy freeze-dried food or MRE's, and Protection...NOW!  You cannot depend on, OR trust - the Government!

Is WWIII Already In Play? If Not Then Why Is Everyone Preparing? Russia, China, Europe, US?