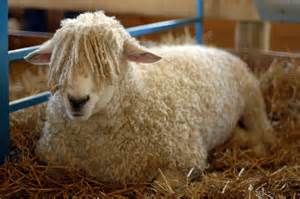 Wool Gets in Your Eyes
Summary

This has been quite a week for America!

Wool Gets in Your Eyes

This has been quite a week for America!  Once again, the Regime effortlessly pulled the wool over Congress. The Regime actually got Congress to believe that they could be trusted to come up with an Agreement that would be fair to Iran and to America. Worse, our House and Senate leaders didn't fight their way through the wool to reveal the TRUTH.  They went along for the ride...again.

To quote Donald Trump, "Boy, are they STUPID!"

Once a liar, always a liar. No Americans would pay for our own enemy to kill us!  Well, that fits in just great with the UN depopulation plan in Agenda 21/Agenda 2030. WHOOP! There it is!

Democrats then tried to block a Defund bill for Planned Parenthood.

Did any of them...SEE the videos?

I doubt it. I am asking my Democratic legislator, Representative Gwen Graham - if she's seen the Planned Parenthood videos. They ALL need to watch them, all of the released videos.

ALL of you should ask YOUR LEGISLATORS:  "Did you see the videos?"   You think that killing babies is OK,  or perhaps you believe in the UN Depopulation Plan?  Ask your Legislators! Put them on the SPOT!  Remind them that US taxpayers DO NOT approve of funding Genocide, and this speaks to the lack of humanity of our country. I have to agree with Carly Fiorina on this point.

Tell me again, Why are we paying for this?

Donald Trump was called out on the carpet for not correcting a supporter that asked what he will do about Muslims, and that Obama is a Muslim.

First of all, it is not Trump's job to correct anyone.

Two things about this current Trump controversy are really odd.

Oh, this is getting good. Candidates go after Obama and Islam.

BUT.....in reality - the questioner was CORRECT!

In the Muslim Religion, the father dictates the religion of the children. Obama's father was a Muslim, therefor Obama is a Muslim.  Obama disrespected Bibi on several occasions, and now he is disrespecting the Pope. I would expect nothing less from a Muslim!

Here are some of the passages of the Quran - which makes Obama's favoring of Muslims over Christians and Jews obvious:

3:45  Whoever seeks a religion other than Islam will never have it accepted of him.

5:51 O ye who believe! take not the Jews and Christians for your friends and protectors.

7.33  The only reason to kill:  soul for soul, adultery, a person who leaves the religion.

9:5 Fight and slay the unbelievers where you find them and lie in wait for them.

9:29 If not people of the book – commit or die or pay a tax, JIZYA, with willing submission and feel themselves subdued.

Did you know that Americans ALREADY pay a JIZYA tax in Obamacare?

Yes, this is true! Certain sects of Muslims are exempt from paying or participating for Obamacare taxes...yet, their bill is paid for by government subsidies.

(That means you and I, the US Taxpayers.)  Are you OK with this?

People coming here illegally are NOT subject to the jurisdiction of the United States.

Sadly, Americans do not learn the Constitution in schools (which is another conversation) - otherwise, they would know and CALL OUT Legislators, on the LIES.  Are you teaching your child about the Constitution, their Rights as a citizen, and about the history of this great nation?  WHY NOT?  Please help us spread the TRUTH!

ELEPHANT IN THE ROOM

Someone recently pointed out to me that if Assad was removed from power in Syria, we would not have this massive refugee problem in Europe...(coming soon to the U.S.) - JUST One PERSON! ONE PERSON is part of a 52 Million, world-wide refugee problem.

The big story on Refugees coming to the US:

85,000 SYRIAN REFUGEES RELOCATED TO UNITED STATES, & YOU’RE PAYING FOR IT.

So what are YOU going to do? Will you stand against Tyranny?  Will you pass your American values and beliefs on to your children? Will you teach them to STAND STRONG for their beliefs?  Will you ACT?

NO RADIO SHOW THIS WEEK

There will be NO radio show on Tuesday this week.  Tuesday is Yom Kippur.

As I pray for atonement, I will pray that we are all written in the Book of Life.

THIS Wednesday, I invite you to join my new show on:

The show features in-depth topic discussions and is 1 HOUR LONG, on alternate Wednesdays.

My first show features special guest, Bill Federer. Bill is a historian and best-selling author of over 20 books, and broadcasts his daily feature radio show:  americanminute.com.

Bill is president of Amerisearch, Inc., a publishing company dedicated to researching America's heritage. Bill Federer has made many TV and radio appearances, and speaks at many events across America.

Read Bill's article about The Fall of Rome. I promise it's insightful and he outlines the FACTORS that got them there!  Then think about what you know about OUR political landscape, and you'll see the parallels to America's future.

We're out of time. PREPARE NOW, if you are not doing so already!

1.  CALL YOUR LEGISLATORS - TELL THEM:

NO MONEY FOR SYRIAN REFUGEE RESETTLEMENTS!

Tell your legislator to make sure the CR (Continuing Resolution) to fund the Government for fiscal year 2016 includes a Provision BLOCKING FUNDING for Syrian resettlements.

Speak up!  YOU CAN DO THIS!

ITS OVER: Obama administration to now accept an ADDITIONAL 185,000 Syrian refugees within the next year!

Listen in on BBS!  Learn more about YOUR American Heritage, so you can pass these values on to your kids and family members! Know your RIGHTS and speak up!  YOU CAN DO THIS!

Prepare your family, AND prepare to protect your family, your home. Buy freeze-dried food or MRE's, and Protection...NOW!  You cannot depend on, OR trust - the Government!