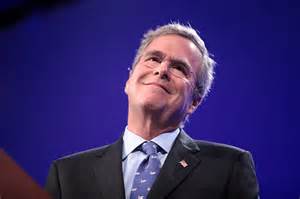 Jeb Bush recently stated there were other "really cool things" he could be doing instead of running for POTUS. What could those things be? We look to Jeb's past for clues...

During a recent presidential candidate forum at Regent University in Virginia Beach, VA, Jeb made the statement that he could be doing "other really cool things", rather than run for President.  With Jeb in the wheelhouse, you have to wonder what those OTHER really cool things could be. Yes, this whiny-entitled child of the Bush Dynasty has been very busy.  For clues, take a look at Jeb's past accomplishments.
Be sure to read this FIRST article at the minimum. Did you know Jeb is a former advisor to Lehman Brothers?  Check out all the DOUGH Jebbie has been busy raking in. No wonder he's SMILING!
One of the 'Cool Things' Jeb Bush Did Before Running for President ...

Bush partnered Florida with the UN, to bring all government agencies and schools the Sustainability Lie.

FLORIDA CORRUPTION - AMERICA IS MY NAME

The result is:
In July, 2015,  this site:  floridaearth.org  proudly displayed Bush references, now scrubbed. But they didn't get the press release that we saved. Please save and share.
To accommodate those UN Sustainability programs, to implement them in every facet of Florida's government, forced on the state by Jeb Bush... in the name of Conservation - the Florida Budget has DRASTICALLY INCREASED.
Jeb Bush was in office from 1999 to 2007.
The Florida General Fund spending increased from $18.0 billion to $28.2 billion during Jeb's 8 years in office as FL Governor.
This is an increase of 57%.
Say What? - THIS IS AN INCREASE OF 57%  !!!
Say AGAIN? - THIS IS AN INCREASE OF 57%  !!!
PEOPLE - THESE ARE YOUR TAX DOLLARS WE ARE TALKING ABOUT, HERE!!!
(Are you Spittin' Mad, YET? - Go Ahead, Hawk it back...Get Ready NOW!!! - TRIPLE SPIT-FIT!!!)a
l state spending increased from $45.6 billion to $66.1 billion, or 45 percent.
Over those eight years, Florida’s population grew 16 percent and the CPI, which measures inflation, grew 24 percent.
The Sustainable K-12 CCS/Florida Sunshine State Standards have destroyed any semblance of real education.
Between NCLB, FCAT and CCS,
FLORIDA spends MORE on Education - than most countries do!!
(Courtesy art by ddees.com. Reprinted by Permission.)
For that effort, Florida is currently ranked 47th - Nationwide!
But... We are #1 in Corruption!eate business-destroying regulations, and instead - favor sustainable businesses, subsidized by the taxpayers. This is also known as Socialism or Fascism. Still think Jeb is a Conservative?  Why aren't you telling your family & friends about this guy?
With Jeb as President, you have to wonder:  How would Jeb deal with global instability and America's enemies?   Would he whine and run away to do "other cool things", like raking in more cash to increase his personal wealth?  Or would he invite our enemies to be part of one big, happy UN family?
In Liberty,
Karen
Special Interest Story
Column Article