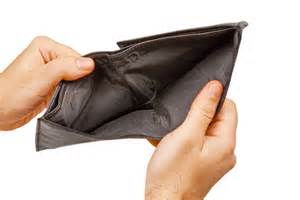 AGENDA 21: Who's in YOUR Wallet?
Summary

Have you read about UN Agenda 21 or Sustainable Development?
Go to agenda21today.com, share this information and sign up for my newsletters!! EVERYTHING is dictated by the UN and can be found in this book of 40 chapters, 350 pages designed to CONTROL EVERY aspect of HUMAN ACTIVITY. Once the Constitution and American History is NO LONGER TAUGHT IN SCHOOLS...the Chains of Tyranny Return. WE have the ability to influence and change our country's path! YOU Have the Power - USE IT!

THIS IS AN AMERICAN ISSUE

Have you read about UN Agenda 21 or Sustainable Development?

Do you know what it is?  Are you aware it is being played out in RIGHT IN FRONT OF YOUR FACE?  Even a Democrat gets it! TAKE A LOOK at these videos!!

this is one of the most important videos you will ever see on agenda ...

Download and keep a copy, for EVERYTHING  - is dictated by the UN and can be found in this book of 40 chapters, 350 pages designed to CONTROL EVERY aspect of HUMAN ACTIVITY.

WHERE HAVE YOU HEARD THIS BEFORE?

By now, you're saying:
"Oh Karen, You are a crazy person. That is just NOT TRUE.

America is a Sovereign Nation - NOT governed by the United Nations!"

REALLY? Wanna bet money on that?

Just look at what is going on today.  Every president since Bush 41, including Jeb - who partnered Florida with the UN (SEE: floridaearth.org) has seceded power from the American People...to the UN!

NGO's (Non-Government Organizations) form regional councils and make local government irrelevant as they make new unconstitutional statutes forcing individuals to lose private property. Private property is "NOT SUSTAINABLE" because if you own 1 acre and I own 10, that is not "fair". If you own a business and I don't, that is not fair. Equal opportunity, not social justice is the true meaning of fair.

Obama's actions of getting affirmation from the UN first is nothing new.  Obama has just succeeded in making it well known, out in the open. It is the goal of the moderates both RINOS AND DINOS, aka GLOBALISTS - to eliminate the US Constitution of Rights...granted by God - for the UN Earth Charter of Rights granted by Government and Man.

UN Habitat stated: “Land, because of its unique nature and the crucial role it plays in human settlements, cannot be treated as an ordinary asset, controlled by individuals and subject to the pressures and inefficiencies of the market. Private land ownership is also a principal instrument of accumulation and concentration of wealth and therefore contributes to social injustice; if unchecked, it may become a major obstacle in the planning and implementation of development schemes. Social justice, urban renewal and development, the provision of decent dwellings and healthy conditions for the people can only be achieved if land is used in the interests of society as a whole.”

Wonder why we are in SO MUCH DEBT?

UN VP Christian Figueres told us time and time again! Were you listening: UN Climate chief calls for TRIPLING of Clean Energy investment. Why? to save the planet, of course - or is it? "This is the first time in the history of mankind that we are setting ourselves the task of intentionally, within a defined period of time, to change the economic development model that has been reigning for at least 150 years, since the Industrial Revolution," she said.

The HIDDEN GOAL comes to the SURFACE.

Because individuals CAN OWN Land and Businesses,

and that is not FAIR!

Because of income redistribution, they must Nationalize all industry.

How is that accomplished? According to Agenda 21, just label these businesses Unsustainable. Whatever that means...and whichever bureaucrat defined it as such!  Call them polluters, tax them, and fine them out of existence.  Let the Government take over and run the show!

so they can CONTROL ALL THE MONEY and POWER.

Teach in schools that Government is God, and in 12 years - the new graduates are WILLING to give up their Freedoms, all while they turn on their families and country.

WHY CHOOSE THE ENVIRONMENT AND ENERGY?

Fear of destroying the Earth motivates the people to action, while Energy is POWER necessary for every business and product to function.  Make the people AFRAID, and they willingly GIVE UP THEIR POWER.  Power cannot be in the hands of the individual. It is not FAIR!

The corporations in bed with the government, as the individual is forced to use these new "safe, energy, efficient products."  The fact that they are ridiculously expensive and often don't work never comes into play. After all, if the individual cannot afford a car, they can rent one. If they cannot afford a house, they can rent one.  Renters are slaves to their landlords - we go back to the old days and ways of becoming indentured servants.  America is founded on property rights and individual freedom.

The Founding Fathers of our great Republic fought a Revolution to throw off the chains of a tyrannical and repressive government.

The Founders created the

Constitution and Bill of Rights

of the United States of America to

to Americans and future generations.

Once the Constitution and American History

is NO LONGER TAUGHT IN SCHOOLS...

Trump Goes Head On Against The NWO! This Is Why Establishment Politicos And MSM Want Him Gone

Why do you think Donald Trump is SUCH A THORN - in the GOP's Side?

His non-PC is only part of it. He is living proof that a man from modest means with hard work can become a huge success. He understands how to work the system. He wants to share that information with you.  He has shared it with you in his book, "The Art of the Deal." He values success and realizes if America is successful, he will be more successful. He values and understands the meaning of American Exceptionalism.

He is not afraid to say, "  I am a success - and you can be one too."  The Donald...is NOT for Sale. He made it on his own HARD WORK, and is not beholden to LARGE CORPORATIONS, or the GOP. Interesting, isn't it?

If not YOU, WHO?  If not NOW, WHEN?
In Liberty,
Karen Schoen

PS: Go to karenschoen.com to sign up for my full newsletters!

YOU HAVE THE POWER! USE IT!

The time for doing NOTHING is OVER!!

Cut all FUNDING for the Ban in Social Security Appropriations Bills

NO NUKES FOR IRAN!

Top Economic Forecaster Warns: Have Cash On Hand To Survive For Three Months: “No Institution Is Safe”