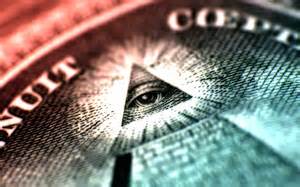 Your future is pre-planned. You're just not listening to the words. Pay attention to the messages Hollywood is sending, and you'll get a glimpse of the NWO utopia...your Outcome-Based Future!

For quite some time I have been reporting that everything you do...has been pre-planned for a long time. Globalization and the advance of the New World Order, designed by the Regime to eliminate sovereign nations - has never been more evident than at the leadership conferences in Davos, Switzerland.

Here these globalists determine what they can do - to steal our stuff - including the land and resources of America. You might want to read the Whistleblower report.

In it you will find, that they could care less about America, and about YOU... its citizens.  Their only goal is a world controlled by them, housed at the UN.

Surprise, they intend for Americans to pay for it.

NOT THEIR PROBLEM! NOT THEIR AGENDA! TOO BAD!

Instead - they want Total...MONEY POWER CONTROL.

There is no more "THINK OUTSIDE THE BOX" mentality, because the Regime wants everyone and everything to be the SAME.

They want you to become a MINDLESS DRONE, a worker drone.

They don't want thinkers to give them back-talk, they only want trained workers.

This is hidden in their plans for Social Justice, Wealth Redistribution and a Failed Economy....all while allowing ISIS to flourish, in order for the Regime's Depopulation scheme to run its course.  They CAN'T magically fix everything!

When The Economy Collapses The Government Will Implode : “The Support Mechanisms On Which We Depend Will Break Down”

The message is spread through media, Hollywood, environmental policies, and education.

about America after an occupation.

I strongly suggest you start watching the messaging Hollywood is giving!!

The main characters are kind of boring. No attractiveness, intelligence, or individuality is displayed. These are just basic, common people.

Cameras and drones abound.  The method of transportation for the common folk is a BIKE.  Transportation is strictly controlled.  Got an old flame living in the Green Zone?  Too Bad, you can't hookup again.  Expelled for mentioning something in school?  You get isolated.  Home Sharing is in, with muliple families in your home. There are raids on food trucks, a resistance group, and pirate radio broadcasts, too.

How do I know they want America DESTROYED?  I listen to their WORDS.

You cannot know the outcome, unless you plan for it in advance.  Sadly, the plan is for Mass Education failure, and a lost middle class is reaching its full potential.

But God Bless the Americans, who are just now beginning to understand that the Decline of America has been PLANNED!

David Miliband, head of the UN International Refugee Resettlement Committee, who now vets refugees coming to America said, "If the US stops Muslim immigration, that will put a dent in the UN Globalization plans."

The third world invasion of all white Western countries is accelerating rapidly, aided and abetted by the enemy within like Soros, Merkel, and Miliband, and all paid for by us taxpayers.

This lobby group donates to our legislators,

The donors of this committee include Rupert Murdock, and many Arab leaders (read my next article).

Everything is CONNECTED!!  EVERYTHING IS A LIE!

(gee, where have I heard that before???)

Could this be why the Regime turned on Trump and Cruz?  Or is this just part of the Plan?  Ted Cruz, by the way - is riding this bus, too:

Before I continue and show you ALL of the Dirty Laundry in the next article, it is important for you to understand what Outcome Based (OBE) or Systems-Based does to promote a bleak future for America...

Lynn M Finney wrote a brilliant article, explaining the depth and destruction of OBE - while describing how it works.  See Below.  A few small examples of an outcome-based society is SAMENESS.  If people are all the SAME, then they won't fight about who has more. No need for competition, ingenuity, or new products.

No individuality, no independent thought, no creativity.

Everything will be subsidized by the taxpayer, so favored government-controlled industry flourishes.

♦ Has the same religion - One World Religion

♦ Digitalized money - Your allowance (pay) is put on a chip. Better be good...or else no money!

There is a HIVE Mentality.

THIS IS YOUR FUTURE, YOUR CHILDREN'S FUTURE...

THAT IS COMING AT US FAST!!

When your life around you has a predetermined-outcome, who is controlling your life?

What future will you, America, Family, and God...have in this New World Order?

Will your children have children who must be given over to the state immediately for their cradle-to-grave training?...after all, that is not your child, "It Takes a Village". The Government knows best.

How Schools Train Kids to Be Good Little Statists

And when the Government wants to poison you like in Flint, that will be OK for the Common Good.  The water is OK to drink, said the Government officials.   Corexit is OK to dump in the Gulf, get those vaccines we need more autism subjects who are easier to control with meds.

I know it is easy to discount these ideas and programs as insane, stating America is NOT a Socialist country.  We the People are in Control...or are we?

EVERY LEGISLATOR in office MUST BE VOTED OUT.

They have NO allegiance to YOU, only to their DONORS.

Thank you, Dr Carson, for calling out the danger of Political Correctness.

Thank you, Donald Trump, for waking up the Silent Majority, a phrase coined by Richard Nixon to keep Americans QUIET.

Nixon wanted silence, as he set in motion (unconstitutional) Regional programs designed by the United Nations...

From Nixon until Bush 43, the thought was the creation of a NWO with America as the Leader.

Bush 43 and Obama set in motion the transfer of power from the US to the UN.

Is Obama The Next UN Secretary General?

Obama, of course, is vying for the SEC General of the UN job, once the 8-year Destruction PLAN of America is complete.

I believe that in order to for you to fight, you MUST know your Enemy...and know their PLAN.  The plan is easy to find, because they tell us all the time, "We will do this to you for the good of the Collective (aka common good)".

Only those making the regulation (for better control), collecting the MONEY in the form of Fees and Taxes, and using Government POWER to implement Regulations (not Laws) to steal your stuff when you say NO, like the IRS, EPA, BLM.  There is never ANY oversight for these agencies.   No end to their power, until they are eliminated.

It is important to understand the difference between a Standardized TEST and an ASSESSMENT. A test is a measure of FACT.  An assessment is a measure of VALUE.  We evaluate knowledge of truth/facts with TESTS.  We give MONETARY VALUE to objects for Assessment, for things like real estate... NOT PEOPLE.

I put a few reference notes in blue to remind you of things I said in the past to connect a few dots.

Today, your kids are being assessed for the VALUE they will give to the Collective, aka Common Good.  Your kids, and all working adults - are only good for what they can produce on the assembly line, not for their ability to THINK.

My kid has a scholarship and will be working for Merck, Dupont, as a chemist.  How nice, I say.  Who will own the product your child invents? Who will make the BILLIONS?

This IS the LAST Election where it is up to "WE THE PEOPLE".

♦ BE PREPARED TO DO WHAT IT TAKES TO SURVIVE

♦ GET YOUR CHILDREN OUT OF GOVERNMENT INDOCTRINATION SCHOOLS

♦ STOP SUPPORTING THEIR RETAIL OUTLETS. THE ONLY THING THEY UNDERSTAND IS MONEY, SO STOP GIVING IT TO THEM. STOP PATRONIZING THEIR STORES!

Buckle up! ANOTHER CRAZY RIDE!!