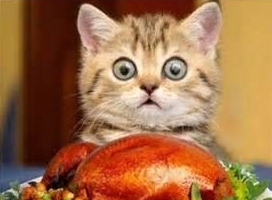 Are you safe being Home Alone? Will the Government protect you?

Now that you're all turkey'd out for the year, it's time to cleanup and prepare for the next round of Holiday, er, REGIME shenanigans....

BTW, this week was the 25th anniversary release of the movie, "Home Alone".

What a BLOCKBUSTER!  Good family fun and frolic, served with full plate of cold revenge...and memories of happier times.  This movie is a BC movie, (Before Cellphone).   Highly Recommend....Watch with your kids, and remind them that GOOD always beats EVIL.  Families work together, and stick together under difficult situations.

Remind them that one should always plan ahead, and be prepared to defend themselves.

Remember:  Keep the change, YOU FILTHY ANIMAL!     Speaking of "Keeping the Change", did you catch this video:

Judge Jeanine: Time to batten down the hatches |...

I agree with Judge Jeanine:   Prepare to defend yourself, and your family. The Government WILL NOT protect you or your family!!

It all comes down to whether you trust the Government, or not.

Are you prepared to be HOME with NO PROTECTION?

With no way to DEFEND your life, and that of your loved ones?  ALL ALONE?? All by yourself, at HOME ALONE?  with NO PROTECTION?

(gee, that sounds quite scary)

On a more thoughtful note, I wish to express our prayers and sympathy to go out to all of the families and friends affected by RADICAL ISLAMIC TERRORISM ATTACKS.

There, I said it!

Because his father was a Muslim and in the eyes of the Muslim religion, Obama is a Muslim. His actions prove it.  No nativity scene at the WH. and where are the Chanukah candles?  Hmmmm?

HAPPY CHANUKAH TO ALL OF OUR JEWISH FRIENDS!!!

As tragedy details continue to unfold, one has to ask:  HOW could a RADICAL ISLAMIC TERRORIST get a GOVERNMENT JOB? HMMM?

Everything that the talking heads analyze does NOTHING to fix the problem, unless WE THE PEOPLE ACT, and ACT FAST!!

The lamestream media seems to be focused on who-radicalized-who in this tragedy. You hear this topic discussed endlessly.

Who cares who radicalized whom?

The question is:  How did Jihad Islamic terrorists breach Obama's plan for National Security security? What will be done to ensure this does not happen again?  More importantly, HOW will this be fixed? and HOW QUICKLY can it be fixed, and implemented across all layers of government?   HOW MUCH is it going to COST U.S. Taxpayers? (I can see another tax coming, creeping up over the horizon.)

The most important job of the Federal Government is National Security. They are NOT doing their job!!  This is what the Oath of Office is all about, keeping the American people SAFE!

Suggestion: Go tell a bunch of addicts that you have lots of gold in your home. The doors and windows are always open. But you will trust them NOT to rob you.  What do ou think happens?  Hello, Open Borders, anyone?

Why are we paying SALARIES OF GOVERNMENT OFFICIALS TO KEEP US SAFE - WHEN THE BORDERS ARE WIDE OPEN?  HOW DOES THAT WORK?  The time for talking is over.  The time to ACT...IS NOW!!

This week, only 10 Senators voted to end the irresponsible H1B Visa program. The Government says they have NO WAY of tracking REFUGEES, but who cares?  It appears that they can only track Americans...but not Refugees?  What is up with that?

Marco Rubio calls for more surveillance under the Patriot Act.  So Marco, your answer to keep Americans safe...is to spy on us, while letting TERRORISTS in through your doors and windows. Brillant, eh?!

Do you really think MARCO is a good candidate, and will do everything to keep America SAFE?

It is only a few more American lives...in the grand scheme of things, WHAT DIFFERENCE does it make?

Immigration must take a PAUSE, until we know WHO is in America.  Otherwise, this pattern continues to ESCALATE.  This is how they plan to get your guns!

Terrorists terrorize, and the government blames the guns.  It is the guns'  fault. Last time I checked, a gun needed a person to pull the trigger.

In contrast. a terrorist speaks to a live person. The terrorist then makes a  conscious decision to pull the trigger, and kills LIVE people. The gun did not make a decision!

There are many rumors out there that the GOP will attempt to blast Trump with Negative ads (they wouldn't do that, would they?)  As already proven, any attempt by the GOP to run Negative ads against Trump backfires in their faces.