Another Weapon for our Fight Back Arsenal. Distribute this Leaflet everywhere in Canada 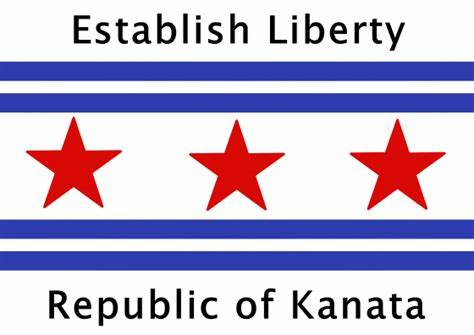 Here We Stand
Another Weapon for our Fight Back Arsenal. Distribute this Leaflet everywhere in Canada
Summary

Another Weapon for our Fight Back Arsenal: Distribute this Leaflet everywhere in Canada!

Below is the text of our leaflet; attached are two versions of the leaflet to post everywhere: a single and double-sided (in bigger print) version. Print off both and put these everywhere, including in the hands of police. (Get help at a printing place with how to run off a two sided leaflet).

No Flu Bug justifies a Police State: Say No to Trudeau’s Tyranny!

One morning in March Canadians awoke to find that our democracy had vanished: no more Parliament, no courts of law, no civil liberties. All of it was snuffed out in an instant by one man: Justin (“Mini P.”) Trudeau. His Dad Pierre tried the same bullshit with his infamous War Measures Act. But that faked crisis lasted only a month. Today’s Police State is here to stay, if the Son of Turdo gets his way.

How does banning free speech and making it a crime to criticize the government help fend off a flu virus? Crime Minister Justin is not saying, any more than he’s explaining why he took bribes and obstructed RCMP investigations into his role in the SNC Lavalin scandal. That’s conveniently forgotten now that he’s got Canadians scared of their own shadows, and neighbours. “Health emergencies”, like wars, are just the distraction needed by rulers facing the axe.

But here’s what matters, people: everything Trudeau is doing is completely illegal. Neither a court order nor Parliament have authorized his suppression of our freedoms. He is acting alone as one guy, not an accountable official. TRUDEAU’S ORDERS ARE AGAINST THE LAW AND THE CONSTITUTION, SO THEY HAVE NO AUTHORITY OVER US AND CAN BE IGNORED.

If you don’t ignore Trudeau’s fraudulent orders you’re colluding in a crime. That goes for every Mountie, cop, soldier and civil servant in Canada, too. The only legal and moral thing for ALL of us to do is to stand down Trudeau’s stupid one-man dictatorship by not cooperating with it. We must return to democracy and the rule of law. Nothing compels us to agree to our own enslavement.

As for the COVID flu scare, the infection and death rate from Corona is far below that of last year’s flu outbreak. Most people who get sick from it have mild or medium reactions. It’s mostly elderly or sickly people who die from Corona. “Social Distancing” does nothing to protect people from getting sick. You are being fed an enormous lie, people, to justify a plan by Trudeau’s Big Pharma backers to inoculate everyone with microchips. Bill Gates even admits that.

So don’t give in to their plan or to fear. Join our growing Resistance to the global corporate dictatorship. Start by doing these three things:

Ignore Trudeau’s orders. Refuse to Distance or Quarantine. And Refuse all Mandatory Vaccinations.

Go further and help take back Canada for all the people. Join the movement to establish a Republic where people govern themselves, so that this police state and corporate tyranny can never happen again.

Share this leaflet. And tune in every Sunday to the Voice of the Resistance and the Republic at 3 pm pacific and 6 pm eastern on bbsradio.com/herewestand

Act now while you still can. Live Free or Die!

Produced by The Republic of Kanata and your neighbours