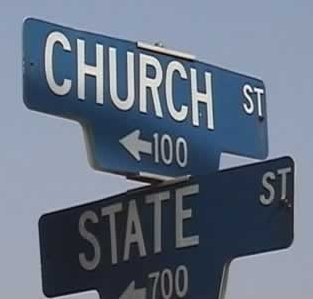 Annettdotes: Slices of our hidden history

​Part One: The same hat on two heads

“Oh, come now, Kevin. You don’t really think there’s a separation of Church and State in this country, do you?”  – H.D. Oliver, Conflict of Interest Commissioner to the author, Vancouver, June 3, 1996

Well, the Man who Would be God has officially arrived on Kanata’s troubled soil. Besides signing deals with Chinese bankers, Jorge Bergoglio will be pretending he’s sorry about the brown children his church deliberately killed for their own good. As usual, Bergy gets to play politician and priest all at once. So, I figure it’s time to dispel this kind of mind-fogging doublethink with some lessons from recent history.

Two personal incidents will help us dispense with the fairytale that the Vatican is both a church and a state, or that guys in clerical robes are anything other than politicians sporting a fake halo.

My own wake up on the issue began soon after I was drop-kicked out of United Church ministry for naively asking why the church was stealing west coast aboriginal land and selling it off to its corporate benefactors for sizable kickbacks.

The man responsible for ending my budding career as a Pharisee was named John Cashore. He was simultaneously and not accidentally the B.C. Environment Minister and a fellow United Church cleric. In fact, ironically, John had attended my debut church service years before and had told me effusively afterwards,

“If all your sermons are that good, you’ll have an outstanding career in the United Church!”

Poor Cashore was forced to eat his own words. When he heard about the in-house epistle I had written objecting to our church’s theft of native land, he arranged my immediate expulsion from my pulpit after informing his buddies in the church’s national office,

“We can’t let Kevin upset the applecart over Lot 363.”

And that was that.

This particular piece of lucrative real estate was also the lynchpin of a huge $2 billion agreement whereby Weyerhaeuser, the biggest timber multinational in the world, bought the logging company MacMillan-Bloedel, in whom Cashore’s government was a major shareholder and from whom the United Church received generous paybacks for selling them Lot 363.

My letter threatened to nix this deal by exposing and embarrassing all concerned, especially since I was also allowing survivors of the Ahousaht death camp to speak from my pulpit on Sundays.

So, as Caesar ordered, it was done. But a year later, after having been fired, blacklisted, and had my family destroyed for my writing that letter, I discovered how John Cashore had instigated my obliteration on behalf of his church and corporate associates while holding a public office.

As outraged as only a rookie can be, I lodged a complaint with the “Conflict of Interest Commissioner” in Victoria, a guy called H.D. Oliver. We met on a soggy morning in his lavish office in downtown Vancouver.

“Hud”, as his friends called him, was a chubby suit who smiled at me from across the oak-paneled table like he was the purveyor of an inside joke. He listened to me outline how Cashore had used his office to act as the three-way agent for the United Church, the government, and Weyerhaeuser. He examined the statements from church insiders and reporters confirming Cashore’s actions. Then Hud said casually,

“By the way, I’m a devout Anglican myself.”

I was trying to figure out that remark when he handed me back my evidence and said with an even more insipid grin,

“Oh, come now, Kevin. You don’t really think there’s a separation of Church and State in this country, do you?”

I shouldn’t have been surprised, knowing what I did about the long tag-team operation between governments and churches in wiping out 60,000 native children in their “residential school” death camps, and then covering it up. But our illusions crumble reluctantly. Fate kept shoving my face into the crap in which I was tossed.

The second lesson came that same year, when Cashore’s church decided to put its final boot into me in the only public “defrocking” of a United Church minister ever held in its history, soon after I had launched the first public campaign to expose Canadian Indian residential school crimes.

My “delisting” charade went on for over five months. From start to finish it was the kind of “assumed guilty” kangaroo court that would make even medieval Inquisitors blush. A Hud Oliver lookalike named Jon Jessiman, who was the church lawyer who had arranged my firing and divorce, was the self-appointed “judge” at my hearing and the close friend and appointer of all three panel members. In the words of Dr. Jennifer Wade, an Amnesty International founder who sat through the entire charade,

“I have witnessed show trials in police states that were fairer than what Reverend Annett was put through. There was not a shred of due process or natural justice shown by the United Church in its disposal of him as an inconvenient whistleblower. Can you imagine a trial where the judge hobnobbed and went to lunch with the jury, denied all the motions of the defendant, and worked openly with the prosecutor to defame and misrepresent him? That is what they did to Kevin Annett, and then unlawfully stripped him of his livelihood, at the cost of over $300,000 to the United Church and its members.” (March 7, 1997)

In disgust, Jennifer Wade and twenty-two other witnesses at my delisting wrote to the B.C. Attorney-General, Ujjal Dosanjh, and demanded that he investigate the hearing and its trampling on my legal and civil liberties. But Dosanjh “just so happened” to be a government cabinet colleague of John Cashore, the author of the bloody feast.

“I understand your concern but the internal affairs of the United Church are outside the jurisdiction of this department.” (June 19, 1997)

There it was, in black and white: the church is outside the law. Sixty thousand dead little Indians can’t be wrong, any more than I can be, in this case.

And people still wonder why the Pope hasn’t been arrested.