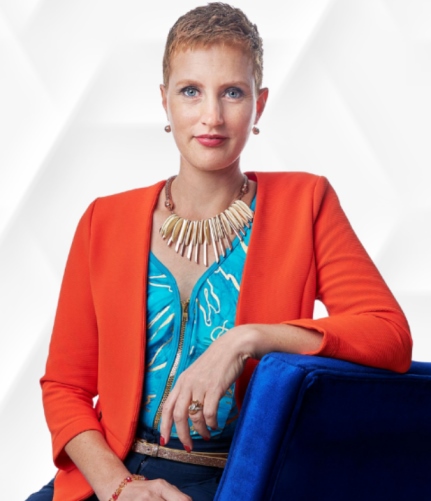 I help EmpathPreneurs to get clarity and confidence to embody their empathic gifts in their life and business so they can leave their legacy on the world!

From a very young age, I never felt like I fitted in. Due to my parent's financial hardships, I was severely bullied for not having the right labels, for being a sporty tom-girl, and having zero interest in being a cool chick.

At the age of 12, it seemed the only option was to attempt suicide! Looking back it obviously wasn't my destiny.

I desperately wanted to look like my celebrity idols and would escape into a fantasy world to cope with the attention from my sexually abusive stepfather.

I was being emotionally blackmailed, so didn't think I could share with my already suffering mum. I felt completely alone.

By the time I was 15 I had found the strength to escape, which in turn made me grow up very quickly.

Into my twenties, I let men define my worth, by 'giving my body away,' I deceived myself into believing that the attention I received meant I was desired, and I was for all the wrong reasons.

Life was full of other people's agendas and expectations.

This was when I came across books such as The Secret, The Celestine Prophecy, and gurus like Tony Robbins.

The inspiration to understand the universe and spirituality was strong, and I learned to trust it was all conspiring for me.

I discovered there were entities, other than humans, such as angels, spirits, and guides supporting me through my struggles.

Fully immersing in personal development, my mindset slowly changed and my self-worth increased. I found the courage to start to heal my distorted understanding of unconditional love.

From 2002 and with the support of my new husband (Regan 1st) I started working with energy healers. Joyfully, session by session, month by month my vibration increased and I was starting to feel comfortable that my life would work out and there was a bigger reason for my life's challenges.

Throughout my thirties, backed by my ambitions and resilience, I was fearless when working with powerful leaders and their egos. All the while there was a feeling of deep dissatisfaction forming in my gut.

The promotions were frequent, my integrity and commitment were impeccable, but I never felt appreciated, even though my bosses always got their rewards… from MY ass-busting, high-achieving, work ethic! I never received my bonuses!

After the final straw of a manipulative, constructive dismissal from my high-paying, soul-dulling, stiletto-wearing career in 2014, I doubled down on my spiritual awakening and healing.

I am very thankful to recognize that...

Mindset is the nucleus of all the exists in our life!

But Not The Most Important!

All humans are on earth to uplevel their blueprint.

Seeing the world with a clear, open perspective & intuitively responding to the right ways to uniquely move forward. This leads you to your own holistic expansion from the inside, out.

From That New Frame of Life, I Appreciated...

It was time to embrace my spiritual gifts as a lightworker, however, it took another 2.5 years to accept...

As I continued with my own expansion I came across many healing techniques and in 2017 incorporated and adapted them into my own 'Cognitive Reframe Process'.

The more I acknowledged my spiritual gifts, the more transformative the sessions became for my clients.

Then the more I accepted those transformations, the more spiritual depth and skill I discovered.

I was able to embody my calling as:

When I adopted these self-beliefs, I realized I HAD the capability to guide those a few steps behind me; who were trying to break out of corporate and accept their empathic gifts.

What I know makes me different from other healers is my insight that Ego is not a tormentor. She was a wounded ally that needed my love. One day I decided to approach my connection to her with acceptance and compassion.

This helped her find peace and she has since proven to be a very powerful addition to my spiritual team!

Rather than casting her out - as I was taught by other healers, and was the opposite of what I intuitively believed - bringing her on board, created all of my breakthroughs.

Instead of making ego wrong for her protective blocks and setting up limiting beliefs, I reprogrammed her perspectives of the world.

To support other light-workers align with their ambition and transformation, I've created The Alchemy Accelerator system that allows Ego to be part of the team that accelerates your freedom from your MindwebTM.

You might think that you’re alone in the world as a Secret EmpathPreneur but you’re not.

There are lots of us here cheering you on, I promise!

Not that long ago, I too was struggling to understand my place in the world and how I could create something others wanted from my gifts. I hid and stayed quiet about being a lightworker.

Fast forward to 2019 because I'd accepted my place in the universe, going through chemo wasn't scary. In fact, I was able to further identify and reframe my past lives when I'd been persecuted for eons by the church (which explained why I had been hiding before).

Now I've stopped trying to figure out what to do next, instead, I'm following the universal calling and opportunities as they arise.

The abundance, fulfillment, and success that has arisen since I've followed this truth, has blown me away!