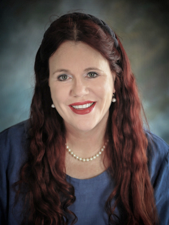 Carla Wills-Brandon always wanted to do two things professionally: be of service to others, and write. After receiving a scholarship to California State University, Fresno, she graduated with high honors and a degree in psychology. She then went on to finish a Masters Degree in Clinical Psychology from the California School of Professional Psychology, Fresno, an APA approved school. Her husband, Michael “Tex” Brandon, also received his PhD in Clinical Psychology from this institution. After publishing eight books, and developing a successful private practice as a State Licensed Marriage and Family Therapist, Carla decided to go back to school. Not interested in treading a traditional education path she completed a two year course of study and dissertation in a Doctor of Philosophy in Holistic Nutrition program at Clayton College of Holistic Health. Her dissertation was titled “A Four Pronged Approach to the Holistic Treatment of Food Disorders.”

Carla has published 12 books, one of which was a "Publishers Weekly Best Seller." Her most recent book, “Beyond The Chase: Breaking Your Obsessions That Sabotage True Intimacy” is proving to be a great success. She has also lectured across the U.S. and U.K., and has appeared on numerous national radio and television programs, such as Geraldo Rivera, Sally Jesse Raphael, Montel Williams, Art Bell’s Coast To Coast Radio Show, Uri Geller’s Coast To Coast Radio Show and Politically Incorrect With Bill Maher. Considered a relationship and trauma expert, many of her media appearances have been dedicated to discussing healthy intimacy, recovery from sexual abuse and trauma resolution. She has also appeared on several programs with her husband Michael, as the two clinicians often see couples in their private practice as a couple.

Aside from her work with relationships, intimacy issues, sexual dysfunction, addiction, trauma resolution and grief, Carla has been investigating spirituality and other related phenomenon for over a decade. Her major radio show appearances have been dedicated to topics ranging from Near Death Experiences, After Death Communications, Deathbed Visions and Premonitions. She is considered to be one of the leading researchers into deathbed visions. In her private practice, grief work, lectures and workshops she teaches people how to integrate these unusual encounters into everyday living. Currently, she is working on another project involving the mysterious departing visions of the dying.

Carla and her family live on an island just off the coast of Texas in a 100-year-old historical home, which recently survived hurricane Ike in 2008. She and her husband, Dr. Michael Brandon Ph.D., a Licensed Clinical Psychologist, have been in private practice for over two decades. They have been married for over 30 years. The Brandons have two sons, Joshua and Aaron. Along with this, they have one Golden Retriever, four kitties, one Chinese box turtle, and two Love Birds. Sadly, the tarantula did not survive hurricane Ike.