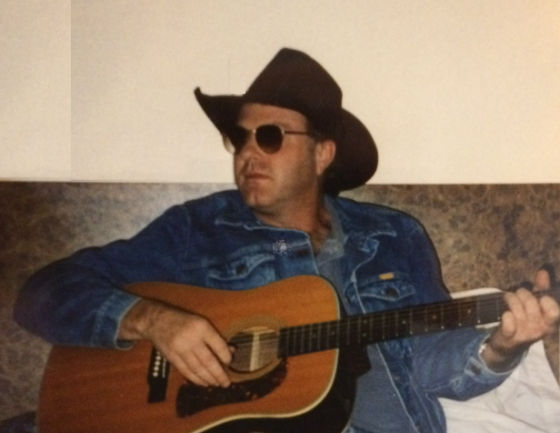 RIO BRAVO MUSIC IS IN EAGLE PASS TX LOCATED ON THE BORDER BETWEEN TEXAS AND MEXICO ON THE RIVER “THE RIO GRANDE “ ALSO KNOWN AS EL RIO BRAVO. THE COMPOSER IS DOUGLAS FRAZIER A LIFE LONG WRITER, an ex-oilfield worker turned engineer, HAS WRITTEN AND COMPOSED about a 1000 SONGS WITH about 450 IN A catalog of SONG DEMOs. THE CATALOG CONSIST OF COUNTRY, {BILINGUAL COUNTRY SOME SONGS WITH A LITTLE SPANISH}, COUNTRY ROCK, ROCK, SPANISH ROCK, MODERN NASHVILLE COUNTRY, GOSPEL, MEXICAN TEJANO, ROMANTIC OR LOVE SONGS, AND SONGS OF TEXAS .. DEMOS HAVE MALE AND FEMALE VOICES .. ALL DEMOS ARE PROFESSIONALLY ARRANGED AND RECORDED IN RECORDING STUDIOS.

Influenced by 60’s rock and country from Beatles to the Hanks from Tejano to Bob Wills. All black blues from start to present, George Strait to Dylan to rolling stones. Motown music to cowboy music. Nashville country to country and western swing.

Director of songwriter’s night on music row 86-89 in Nashville TN.

Worked with Chuck Seals Productions spotlighted on Music Row lived at “ the boar’s nest” in Nashville.

Friends with Minnesota Fats the famous pool player. Friends with Chuck Seals writer of the classic song “ crazy arms “ recorded by Ray price, Jerry Lee Lewis and Patsy Cline. More Friends that was connected with in the music business. Friends with Jennie C. Riley and her family and her nephew, Cliff Cleves who was a radio DJ out of new York and was a friend of Elvis Presley and lived in grace land with his friend Elvis Presley in 1957-1959, Jeff Blumberg who worked on the Crook and Chase show on the Nashville Chanel, James Chase worked at a café on music row, friends with Happy Shahan owner of “ Alamo Village” in South Texas, where the movie the Alamo with John Wayne was filmed, Bad Girls, and Lonesome Dove. Wrote songs and a movie with Gary Cauidel owner of sound city production and with the owner of the boars’ nests on 18th music row.

RIO BRAVO MUSIC PRESENTS OVER 450 ORIGINAL SONG DEMOS CATALOG TO RECORDING ARTIST, MUSIC PUBLISHERS, RECORD LABELS, ETC .. AND 5 PROFESSIONAL CD ALBUMS OF ORIGINAL SONGS WITH PROFESSIONAL VOICES OF ARTIST FROM NASHVILLE AND TEXAS. THESE CDS ARE FOR SALE FOR GOOD LISTENING OR FOR ARTIST LOOKING FOR SOMETHING DIFFERENT TO RECORD FOR THEIR NEW PROJECT CD.

Listen to original music in my talk show archives!

IF ANY PUBLISHER OR ARTIST, RECORD LABEL IS INTERESTED IM MY TYPE OF WRITING AFTER LISTENING TO THEM THEN CONTACT ME FOR A CUSTOM 3 SONG CD MADE UP OF THE TYPE OF MATERIAL THAT YOUR LOOKING FOR FOR. [publishing rights are available at sign up, along with artist co-write is considered].