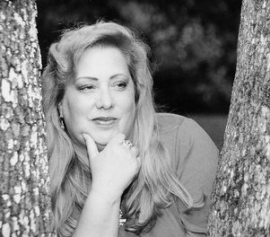 Atira's birthday is May 11th, since birth she has been a natural and gifted clairvoyant.

Atira was born, raised and still lives in Seattle, Washington.

Atira has the honor of reading at the A.R.E (Edgar Cayce Assoc.) conferences in Virginia Beach.

Atira's great-grandmother was part Native American and in her culture children with clairvoyant skills are a natural part of life.

Atira has "heard" her guides for as long as she can remember. As a child she thought everyone "saw" and "knew" the same things she took for granted. She soon learned this was not true.

She remembers the time she discovered a playmate's father did not have the same psychic gifts her father had. She thought the child's father was "broken."

By age 20 Atira began to focus on understanding her abilities.

Her visual and audio abilities help people deal with their past life/childhood/relationship/ business issues helping to clear the way to walk a new spiritual path.

She uses her spiritual gifts to communicate with people's higher selves and angels. During the readings she tells you the names of your angels and guides, and the messages they hold in their heart and wish to share with you.

For those who have seen John Edward and James van Praagh, you will understand Atira's gifts. She also sees and hears our passed over loved ones and relates what they are saying.

Her readings are kind and gentle, and they give you a new perspective of your life situations which enable you to chose a new comfortable direction.

USA Today also interviewed her on her special abilities and spiritual work. International radio shows are hosting her as a regular guest.

Most recently she was on Uri Geller's TalkAmerica.com, Peter Weisbach's THE QUEST, and Beyond Reality with Tony Trupiano, and she is a regular on WisdomRadio.com.

Atira is a frequent and popular contributor to many international radio call-in shows because she teaches listeners to connect with their Angels.

She is known for her metaphysical straight talk from the heart, and "presents" the information in a clear, yet gentle manner.

Many of you may remember Atira from the heart-warming stories published in the Angels and Miracles Good-News-Letters, of her travels to Egypt and the gifts of love she left behind.