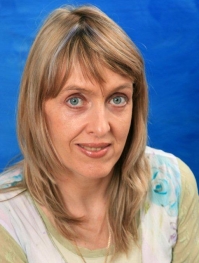 Anrita Melchizedek is founder of The Melchizedek and Pleiadian Light Network, an ascension network of Light offering numerous programs of Light in the form of ebooks, Mp3′s, CD’s and audio DVD’s, as well as vibrational energy products. In her personal capacity, Anrita is an author, channel, star ambassador and workshop facilitator. She further has the gift of healing, and focuses this energy through the ascension workshops and lectures that she facilitates primarily on a global level. Anrita is a master teacher and also offers many training programs via tele/webinar as well as individual consultations, including DNA activations, Light Body/Merkaba activations and channeled readings by the Elders, ancient, celestial Beings and High Council Members to the Order of Melchizedek. Anrita’s teaching style is uplifting and inspirational, and above all, offers keys to Self Mastery. For Anrita’s You Tube Channel, please view http://www.youtube.com/user/AnritaMelchizedek

Anrita Melchizedek arrived on January 24, 1969 in Belfast, Northern Ireland at 2:40 PM (Cancer rising, Aries Moon!). In 1972, her family immigrated to South Africa, where Anrita was to live for 23 years. In August 1996, Anrita returned to the United Kingdom, where she remained for six years, before returning to South Africa in October 2002. The six years that Anrita spent in the United Kingdom were focused primarily on working with the Company of Heaven through the co-creation of two programs as well as awakening to the Light of who she is, and the Light of all Creation.

As a child Anrita had an eclectic upbringing, and experienced teachings from Judaism and Christianity, as well as attending an eastern school of Philosophy based on Hindu belief systems for over ten years. She was to meditate and chant Sanskrit from an early age, and was also able to communicate with the Angelic realms. She had two Angel friends, both little boys, one with a dove on his shoulder, who were her constant companions for just over two years. She further communicated with Nature Spirit Intelligence, seeing fairies, as well as communicating with animals. Anrita was ready to commence her healing journey from her mid-twenties, communicating again with the Company of Heaven; first with the Angelic realms and Archangel Michael, and later, with the Pleiadian Emissaries of Light and the Sirian Archangelic League of the Light, and following this, a host of Ascended Masters, Christed E.T’s and the Order of Melchizedek. Currently Anrita channels the Elders, ancient, celestial Beings and High Council Members to the Order of Melchizedek.