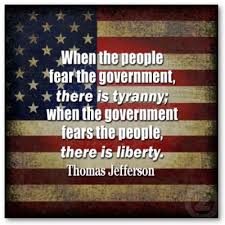 Broadcast Date
Thu, 09/27/2018 - 09:00
SHOW 34 INALIENABLE AND FREE: VOICE OF THE COALITION
ON THURSDAY, SEPTEMBER 27TH, AT 9:00 AM PACIFIC, INALIENABLE AND FREE: VOICE OF THE COALITION PRESENTS “WHERE HAS ALL OUR MONEY GONE? THE SAME PLACE IT ALWAYS GOES…”
TO FOLLOW THIS PROGRAM LIVE, GO TO BBSRADIO.COM STATION 1 AT THE ABOVE DATE AND TIME. TO SEE OUR ARCHIVES AT ANY TIME, GO TO hpps://bbsradio.com/inalienableand free
In this program, we remind our audience that the purpose of the Coalition for Planetary Empowerment is create new paradigms for government based on a cooperative sharing of power between local, state (or province), country and planetary in, logical interests. This is a response to come commentary by Ryan Cristian of the Last American Vagabond who suggested that the world be open to new paradigms, mentioning abstractly anarchy as an example of a different paradigm without any advocacy for the doctrine. In this light, we discuss the spiritual foundations for human and citizen rights, the seeds of which exist in the American Constitution and the Declaration of Independence.
In keeping with the search for new paradigms, we present the view of  Representative Tulsi Gabbard from Hawii who discusses US involvement with the Saudi role in Yemen, which is generating the worst humanitarian crises in modern history. We follow through with a discussion by Ryan and Jimmy Dore a and our commentary on  the military budget.
We then progress to recent events, citing Trump’s re-orchestration of the warning against the Syrian government about another chemical attack- with our own reservation that the last alleged chemical attacks have been question whether they were, in fact, actual attacks or staged events. We then present information about a video that allege to show that the staging of a false chemical attack  has already been initiated. Obviously, the reality of this tape is also open to scrutiny and does not, in itself, prove that any such attack was staged.
We then go into subsequent events in Syria- involving the downing of a Russian plane and the death of its crew by Syrian anti-aircraft defenses, the cause of which Russia attributes to Israeli jets using the Russian plane as cover for their attack. The Russians are now committed to assisting their resistance to such attacks by arming them with more powerful defensive equipment.