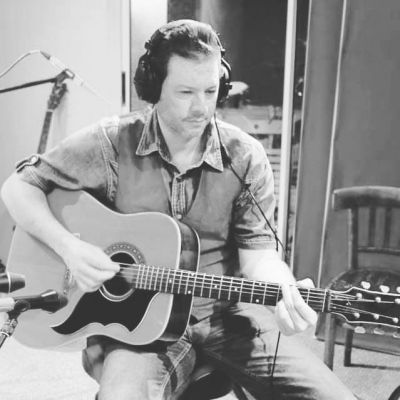 "For those who have never heard of Shawn, he is an already well established British singer, songwriter, guitarist, multi-instrumentalist and producer, who has a large international fan base and is equally a well-respected musician amongst other musicians throughout the world. For over a decade he has written and recorded Pop, Rock and Blues, like very few do, and to top it off, he has worked with a great number of influential names, such Albert Lee, Boz Boorer and Linda Gail Lewis.

Born in Plymouth, England, Shawn grew up in a small tin-mining town in rural Cornwall surrounded by the sounds of the Seventies, a love for music that shines through in his own music to this day. He started playing guitar and writing songs at the age of 13, and since then, has developed his own distinctive style, taking his inspiration from his own early musical influences and adding a large dose of himself to each of his songs and recordings. The result, I am sure you will agree, is a fresh and exciting new sound in recreating 1950s Rock'n'Roll in the 2000s. His live performances have been described as electrifying, and are, say many, still the best way to witness his true musical talent as a singer and guitarist. From years spent on the road, and gigging the length and width of the UK and Europe ever since he was aged 14, has turned him into one of the most exciting performers around today. Catch him performing live and you will catch him in his element."

Shawn is always working on new musical ideas. His current projects are Pretty Pictures, a raw and unplugged acoustic album, and the Best of Shawn Harvey album.