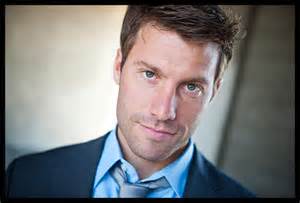 After high school, he chose to “walk-on” at the University of Pittsburgh because he was confident he could play Division I football. In his second game he was put on the field as a true freshman, and soon was on full scholarship. Post-college came a stint in Australia playing American Football for the Gold Coast Sting Rays.

Back in the States, he began his broadcasting career with Fox Sports Net Pittsburgh, where he simultaneously worked as a sideline reporter and studio analyst while hosting a local radio show.

In 2009 he left coaching and became host and analyst for the ‘Elite 11’ quarterback show on ESPN, college football analyst for ESPN’s ‘College Football Live,’ and color analyst for Fox College Sports and their Big 12 and Pac-12 package. Prior to the 2012 season, Yogi joined the Pac-12 Networks as a college football analyst. He has also partnered with Duracell, Nike and other companies to host elements of their branded content.

In addition, Yogi has co-authored his first book with Seattle Seahawks Coach Pete Carroll titled Win Forever. It has been ranked as high as #7 on the New York Times best-seller list. And, as author of From PA to LA, which released in September 2010, Roth has dueling hardcover’s currently on sale.