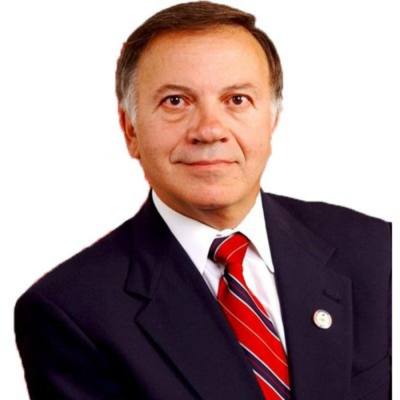 Tom Tancredo is a former congressman from Colorado who ran unsuccessfully for the Republican presidential nomination in 2008. In 2010, Tancredo ran for governor of Colorado as a member of the Constitution Party and placed second to Democrat and then-Denver Mayor John Hickenlooper.

Thomas Gerard "Tom" Tancredo (b. December 20, 1945) is a former Republican member of the U.S. House representing the 6th Congressional District of Colorado and ran for Governor of Colorado in the 2014 elections.

Tancredo opted to not seek re-election to U.S. House in 2008 but came out of political retirement to mount a third party campaign for the Governor of Colorado in 2010, ultimately losing current Democratic incumbent Gov. John Hickenlooper in the November general election.

In the 2010 gubernatorial election, Tancredo decided to run as a Constitution Party candidate after allegations against both of the Republican candidates weakened the GOP's position in the race. His bid led to rifts and even open feuding with former Republican allies who accused him of potentially splitting the vote. After losing the gubernatorial race, Tancredo returned to his old party, re-registering as a Republican.