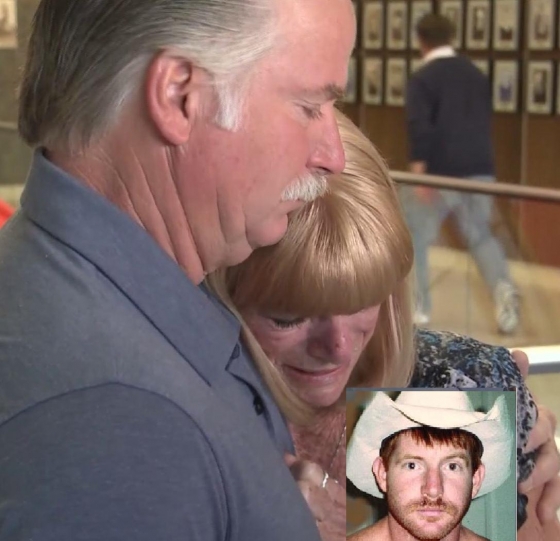 Ron Thomas is a retired Orange County California Sheirff deputy.  He and his wife Cathy are the parents of Kelly Thomas, a homeless man in Fullerton California, who died as a result of physical injuries suffered in an incident with officers of Fullerton Police Department.

ABOUT KELLY THOMAS
Kelly Thomas (April 5, 1974 – July 10, 2011) was a homeless man diagnosed with schizophrenia who lived on the streets of Fullerton, California. He died five days after a struggle with members of the Fullerton Police Department on July 5, 2011. Thomas was taken to St. Jude Medical Center before being transferred to the UC Irvine Medical Center, where he was comatose on arrival and not expected to recover.

He never regained consciousness, and died on July 10, 2011.  Medical records show that bones in his face were broken and he choked on his own blood. The coroner concluded that compression of the thorax made it impossible for Thomas to breathe normally and deprived his brain of oxygen. His parents removed him from life support five days later, and he died from his injuries on July 10, 2011.

A judge declined to dismiss the charges against the officers in January 2013, finding that "a reasonable person could infer that the use of force was excessive and unreasonable." An appeals court judge also denied a request to overturn the lower court's decision. On January 13, 2014, Ramos and Cicinelli were found not guilty of all charges, while the trial for Joe Wolfe was pending. Following the verdict for the two officers, the district attorney's office announced it would not pursue the case against Officer Wolfe.

In January 2014, with the conclusion of the state court trial, FBI investigators will examine the evidence and testimony to determine whether further investigation is warranted at the federal level," FBI spokeswoman Laura Eimiller in Los Angeles said in a statement.

The entire case has ignited public fury against the Fullerton police and city administration. In a landslide June 5, 2012 recall election, Fullerton city council members Dick Jones, Don Bankhead and Pat McKinley were voted out of office.  Tony Bushala, a leading organizer of the Fullerton recall election, said he was seeking accountability for Kelly Thomas' death.

The protest against the brutal death of Kelly Thomas continues with public demonstrations and rallies in  Southern California and has brought national and international debate and focus on the treatment of the mentally ill by authorities.