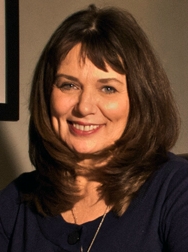 René Barnett is a veteran reality television producer specializing in entertainment specials, series, documentaries and reality-based programming. Her producing credits include some of the premiere specials and series of the reality television genre, including Ripley’s Believe It or Not!, Unmasked: Exposing the Secrets of Deception, Strange Universe, Places of Mystery, Guinness Book of Records Primetime and many others.

René’s television producing credits include programs for most U.S. networks and many cable channels, and her professional background spans other media as well. A former radio producer/personality and print journalist, Barnett was managing editor of UFO magazine, an internationally circulated periodical, from the early to mid-nineties.

In 2005, the two established 1244 Films to produce their first theatrical documentary film, Bloodline, which premiered in the spring of 2008 and enjoyed sold-out theaters and critical acclaim.