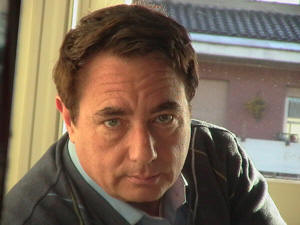 Paul Davids is a film producer, writer and director whose career began as the production coordinator (and a writer) of the original TRANSFORMERS TV show. He then co-wrote six STAR WARS sequel novels in the early 1990's and then served as co-writer and executive producer of the Showtime original feature, ROSWELL, directed by Jeremy Kagan and starring Martin Sheen, Kyle MacLachlan and Dwight Yoakam, nominated for a Golden Globe as Best TV Motion Picture of 1994.

He followed that controversial film with a number of independently produced controversial features from his company Yellow Hat Productions, Inc., all of which he produced and directed, including TIMOTHY LEARY'S DEAD, STARRY NIGHT, THE ARTIST & THE SHAMAN, THE SCI-FI BOYS (winner of both a Saturn Award for Best DVD and the Rondo Award for Best Independent Genre Film) and now JESUS IN INDIA.

He is a graduate of Princeton University and the AFI Center for Advanced Film & Television Studies, and he has been a member of Hollywood's Magic Castle for over two decades, as well as being a member of the Writers Guild of America, the Producers Guild of America and NALIP. He is also an accomplished painter who has had many shows of his oil paintings. He is married and lives in Los Angeles and Santa Fe, New Mexico.