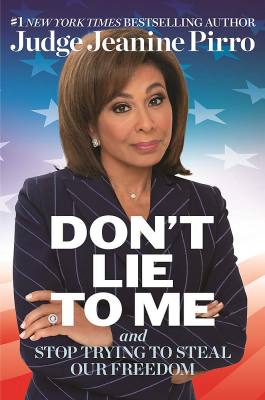 Jeanine Pirro is the host of Justice with Judge Jeanine on the Fox News Channel. Previously, she hosted Judge Jeanine Pirro, a syndicated court show for which she won an Emmy. In 1990, she was the first woman elected Judge to sit on the Westchester County Court bench. In 1993, she again made history as the first woman elected District Attorney in Westchester County, New York. As a prosecutor, Pirro received national recognition for founding one of the nation's first domestic violence units, and has tirelessly crusaded on behalf of the silent victims of violent crime. She also created one of the first operations to catch Internet pedophiles. Judge Pirro has two children and two dogs, and she lives in Westchester, New York.

THE JUDGE RETURNS WITH SOME FIREPOWER!