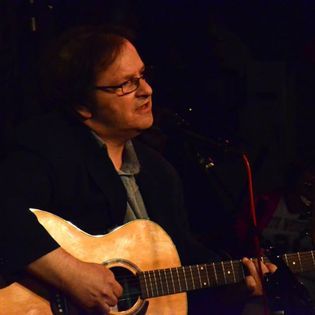 Jeff Gold is a singer-songwriter who was part of the New York Folk revival of the 1970s that included artists such as Shawn Colvin, Suzanne Vega, and Jack Hardy. Jeff has shared the stage with Peter, Paul and Mary, The Roches, and Suzanne Vega, and has also performed at Carnegie Hall.

One of the original founders of the Fast Folk Musical Magazine, Jeff has had his songs accepted into the Smithsonian Institute. His albums Streets Cracked, The Journey and Rear View Mirror have been critically acclaimed; his song Adonoi, which he wrote with fellow songwriter and author Paul Zollo about the Jewish immigrant experience, is performed at synagogues at the High Holy Days in Los Angeles, California and has been profiled in many Jewish publications.

Jeff also has many production credits and has also done extensive studio work as a session Guitarist, and woodwind player.