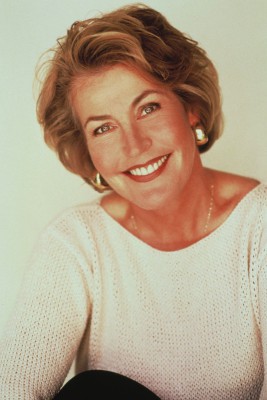 Born into a well-known Australian show business family, Helen Reddy has had a life and a career richer and more varied than anything she could ever have imagined as a girl in Melbourne. She has dined on her birthday with the Prince of Wales, danced in the White House with the President of the United States, and had a tulip named after her in Holland.

Best known as a recording artist, Helen Reddy had more than a dozen Top 40 hits in the United States. She was the first Australian to win a Grammy Award and to have three #1 hits in the same year. In television, Helen was the first Australian to host her own one-hour weekly primetime variety show on an American network, along with several specials that were seen in over forty countries.

In theater, Helen has starred in London’s West End and on Broadway in New York. As a solo concert artist, she has played at Carnegie Hall and Lincoln Center in New York, as well as the Royal Albert Hall and the Palladium in London. Helen was also the first western female performer invited to sing in the People’s Republic of China. In film, her starring role in Disney’s Pete’s Dragon continues to delight the younger generation, while the lyrics she penned for her feminist anthem “I Am Woman” are now included in Modern American History high school textbooks. Besides the compilation, The Woman I Am: The Definitive Collection, all 12 of Helen’s original studio albums for Capitol are now available for digital download worldwide.

Her best-selling memoir The Woman I Am (Tarcher/Penguin), reveals that at the height of her career, Helen’s world was shattered by the death of both her parents and, simultaneously, the news that she had a rare and incurable disease, A riveting, frank and ultimately brave memoir, she recounts the emotional highs and lows that have shaped her life as an artist and as a complex woman, with a rich inner life sustained by a strong spiritual faith.

Helen retired from live performance in 2002 and practiced as a clinical hypnotherapist and motivational speaker in her native Australia for ten years. But after singing a duet with her sister at her sister’s 80th birthday party, Helen decided to come out of retirement in July, 2012 and return to the stage where, in addition to a selection of her hits, she now treats audiences to songs from her vast catalog she had never before performed live.