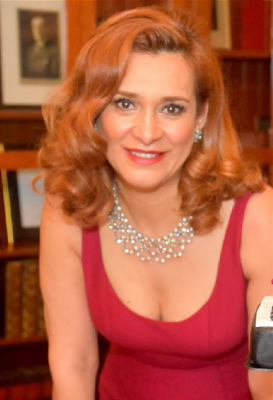 Faranak Shahroozi is an Iranian-American composer, performer and pianist known for her lyrical, romantic and captivating melodies. Faranak's passion for music started at the age of 5 when her parents hired a private tutor to teach her basic musical notes and theory. Following the revolution of 1979, her world as she knew it changed forever. Because of the Iran-Iraq War of 1980, Faranak and her parents packed their bags and left their hometown of Abadan and moved to the capital city of Tehran.
In 1984, she moved to the United States, where she pursued her passion for music and received her B.A. in Classical Music from Cal State University. The dramatic changes in her life had a direct effect on her musical abilities and emotional connections, which led to a series of musical compositions and ultimately captured the attention of famed producer Preston Glass. By the late ‘90s, Faranak became the face of music in Napa Valley, where she lived and performed for many years.
Join me on Tuesday march 30, 2021 at 12 Noon as I chat with Faranak Shahroozi as we discuss beauty behind the music.....