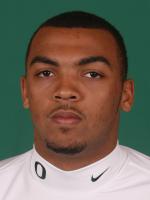 2007 — Appeared in reserve three times, including a season-high nine plays vs. Washington State where he ran a reverse for eight yards. Saw first collegiate action vs. Fresno State, playing four snaps, and was on the field for three plays during the Sun Bowl.

2006 — Redshirt season saw him earn special teams scout player of the week honors leading up to the game at USC.

HIGH SCHOOL — Played for John Randall at Clover Park in Lakewood, Wash., and considered Cal, Stanford and Washington before walking on at Oregon. An all-Cascade League selection as a senior, he was rated a two-star recruit by Scout.com.

Daniel currently lives in Seattle and works at the University of Washington.