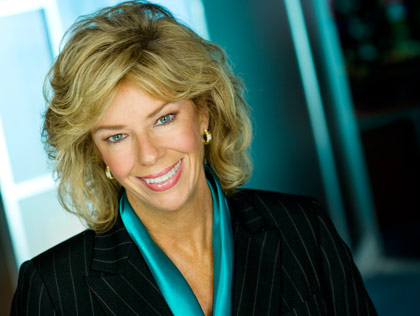 She is also a columnist at Detroit Free Press, writing about business and politics on Sundays.

Ms. Cain is assisting the CBS TV station with its award-winning "Eye on the Future" community effort in addressing issues vital to our future.

As part of that, she has produced and hosted its award-winning prime time TV specials that have included: “Building Bridges: From The Great Lakes To The Great Wall" on globalization; “Powering Michigan’s Future” on alternative energy, and “Rx For Michigan” on medical device, health care and tourism in the state. Other specials are planned.

Ms. Cain is also heard on local and national radio and television shows offering her commentary on politics, business and community issues.

She began as a reporter and editor at United Press International where she covered business, sports, autos and politics.
Ms. Cain is actively involved in the community and invited by community organizations to be involved with their events. She is also sought after as a speaker and has moderated many events.

Born in Detroit, she attended Detroit Public Schools. She received a Bachelor of Arts in Communications from Michigan State University