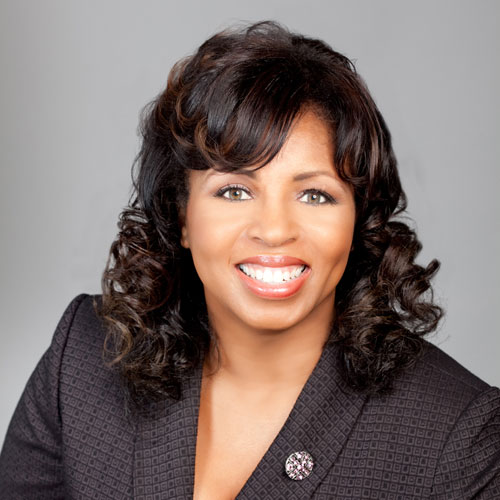 She is a Multi-media Journalist for WUSA TV in Washington, DC. where she shoots videotape, edits on Avid, researches, writes, reports, Anchors newscasts, blogs, and posts stories and photos to the web. Working there is the realization of a goal she set while interning at the station when she was a student at the University of Maryland in College Park.

Audrey has been a Reporter and Anchor for television stations across the country, including in Detroit, Michigan; Charlotte, North Carolina; Jacksonville, Florida and Salisbury, Maryland. She was the 6pm and 11pm Anchor for WJRT-TV in Flint, Michigan before returning to Washington, DC to be near her family.

Returning home put her in position to do what she considers her finest work. She was nominated for an Emmy for her numerous live reports outside the Pentagon with fleeing workers, worried relatives, and dedicated rescue personnel after the terrorist attacks on September 11, 2001.

Audrey is particularly proud of the Emmy she won for a documentary she made in Flint, Michigan about a dancer who lands a dream contract at the Joffrey School of Ballet. She's now making her own dream come true with Audrey Barnes Media--and fulfilling a promise she made while working on her Master's degree at Northwestern University...to teach aspiring journalists and others how to make an unforgettable statement!