Your Republic of Kanata Delegates in the Federal Election 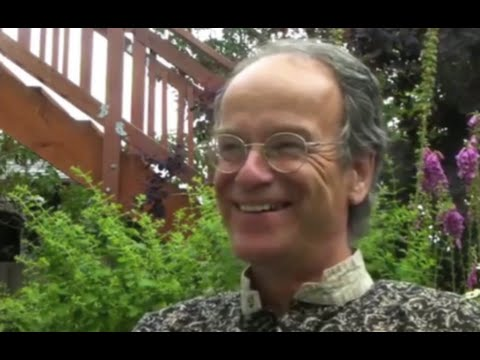 Republic of Kanata Election Material, Q and A, Citizenship Card and Pledge - see finished copies in the attachment

Your Republic of Kanata Delegates in the Federal Election

Reclaiming the Nation for all of the People

A majority of Canadians want a Republic in Canada. We, the delegates of the Republic of Kanata, are acting on that majority mandate.

Here are some of our aims:

Self-Governance: The nullifying of Crown authority and the establishing of a Sovereign Constitutional Republic in Canada.

Freedom: A Constitutional guarantee of unalienable liberties including freedom of thought, expression, movement, and dissent; the right to a common law jury trial and fair and equal treatment before the law; the right to revolt, bear arms and politically organize.

Prosperity: A moratorium on all debts; A Constitutional prohibition on the foreign and corporate ownership of Canada.

Economic Justice: The public ownership of the banks, credit and financial institutions; A fair taxation system based on ability to pay; The immediate collection of all back taxes owed by the super wealthy and corporations.

Land Security: A Moratorium on the destruction of agricultural land; A freeze on all defaulted mortgages and private debts; The preservation, protection and subsidy of family farms and local rural communities.

Join us and win back our nation! Contact the Provisional Council of the Republic at republicofkanata@gmail.com and listen to our weekly broadcast “Here We Stand” every Sunday at 3 pm pacific, 6 pm eastern at https://bbsradio.com/herewestand

For Independence, Sovereignty and Liberty:

STAND DOWN THE CROWN - RAISE UP THE REPUBLIC!

What is the Republic of Kanata? Questions and Answers

What is the Republic?

The Republic of Kanata is a lawful sovereign nation that has proclaimed its independence from the British monarchy and its tyrannical system of “crown law”. Kanata was convened at a founding Assembly in Winnipeg on January 15, 2015. This Assembly established a new Republican jurisdiction separate from Crown authority. The Republic has over 1,000 founding signatories. It reflects the wishes of a majority of Canadians, who when polled in 2014 favored by 58% to end all ties with the British monarchy.

The Republic of Kanata is also the fulfillment of the aspirations of the first patriots who attempted unsuccessfully to create such a Canadian Republic in 1837. “Kanata” is a Huron indigenous word meaning “our communal village”.

Is the Republic of Kanata an actual lawful government?

Yes. Whatever system of government and law free people agree to establish among themselves is inherently lawful. Sovereignty resides in the people, who may withdraw their consent and participation in any government at any time. The Republic of Kanata expresses the will of a majority of Canadians for an independent Republic free of the British Crown.

The Republic’s founding Proclamation disestablished the authority of the British Crown in Canada and replaced it with a sovereign nation consisting of free, self-governing people. The constitutional legitimacy of the Republic will be ratified by an Act of Supremacy at its first General Congress. For now, Republican Courts will administer the common law everywhere in the new nation. The authority of all former agents and officials of the crown was formally revoked by the Proclamation of January 15, 2015.

How does the new Republic affect my life?

Within any community that declares for the Republic and establishes its own local Republican Assembly, the following laws and measures will be enacted by the people:

Freedom from Debt Slavery: All of your former debts, mortgages and taxes are declared legally null and void by the Constitution of the Republic, as are any claims on you made by the former government of Canada. Any attempt by agents of the old regime of “Canada” to collect such debts or force such claims on you will now constitute illegal acts. The perpetrators can be arrested by Republican sheriffs and tried for treason by the common law courts of the new Republic. All banks, credit and money supply will be placed under the control of the people through their local Republican Assembly.

Income Tax is abolished within the jurisdiction of the Republic: Public funds will be raised by assessing and lawfully seizing the assets, lands and properties of criminal or genocidal corporations, churches, the super wealthy, foreign powers and the former government of Canada.

Prosperity: You are eligible to receive up to two hundred hectares of land formerly held by the so called “crown” as well as a guaranteed annual income. This land and wealth will be expropriated from former crown agencies and their foreign corporate partners.

Justice: You will exercise direct control over the law and the courts of the nation by electing its judges, juries and sheriffs.

Direct Democracy: If you are sixteen years or older, you can now vote in elections every two years to the General Congress and every year in local Republican Assemblies. You can also recall any elected or non-elected public official, judge or sheriff who has violated their oath of office or lost the confidence of the people.

What is the Common Law?

It is the Natural Law that is the basis of all legitimate government and authority. It is inherent in all men and women and establishes them as unconditionally free, self-governing and sovereign people. The common law is superior to and outweighs all government statutes and other legal systems such as church “canon law” and so-called “admiralty law” employed by governments to rule arbitrarily. “The common law is common sense written by God in the hearts of the people” (Justice Edward Coke, 1628)

Yes. Their authority and legitimacy as upholders of the rights of the people is recognized by the United States Supreme Court and even by Canadian “crown” courts, which are descended from the English common law tradition. That tradition recognizes that the people themselves are the best guarantors of their own freedom; and that therefore, the law is upheld and defined by citizen juries and enforced by local sheriffs answerable to the people and not to a central government.

Who is Kevin Annett and what is his role in the Republic?

Kevin Annett - Eagle Strong Voice is a seventh generation Canadian of Scots-Irish-Metis descent whose ancestors took part in the 1837 rebellion against the Crown. Kevin is a leader of the Common Law and Republic movement, and of the International Tribunal into Crimes of Church and State (ITCCS). Born and bred on the prairies and west coast, Kevin is the former United Church minister who first exposed and documented genocide by church and crown in the Indian schools. http://murderbydecree.com . He serves as a special adviser to the Republican government and sits on the Provisional Council of the Republic in Winnipeg.

How do I go about joining the Republic and getting involved?

The Republic of Kanata is a fact. As of January 15, 2015, once you become a Citizen you live within its jurisdiction anywhere on the territory of the former “Dominion of Canada”. You can declare your citizenship within the Republic by taking a Pledge to the new nation and receiving official identification as a member of the Republic. You can also take an oath of office as a sheriff or other public official, and become involved in your local Republican Assembly, by contacting republicofkanata@gmail.com .

Do indigenous nations have to be a part of the new Republic?

Am I at risk under the new Republic?

There are risks involved in any freedom movement. But the law and the people are with us, protected by our growing network of sworn Republican Sheriffs. Your liberty and security will be guaranteed the more you make the Republic a reality in your own community by refusing to participate in the old system called “crown law” and “Canada”.

What do I do next?

Please see the attached Citizenship Pledge and other material. For the Vision, Founding Proclamation and Program of the Republic see : Establishing Liberty: The Case for the Republic of Kanata - https://www.amazon.com/dp/1721282033 .

Free copies are available to every new citizen.

Follow the movement through the Voice of the Republic, broadcast every Sunday at 3 pm pacific, 6 pm eastern time on Here We Stand, at https://bbsradio.com/herewestand

Issued July 1, 2019 by the Provisional Council of the Republic of Kanata

The Republic of Kanata Citizenship Card

Pledge to the Republic of Kanata

I solemnly pledge my Citizenship to the Republic of Kanata and to its Laws and its Constitution. I pledge to actively establish and defend the Republic and to stand in solidarity with and defend all those who take this Pledge.

I make this Pledge freely, unconditionally and without ulterior motive, according to my honor and liberty as a sovereign, free born man or woman.

Listen to Kevin live every Sunday at 6 pm eastern at https://bbsradio.com/herewestand. See the evidence of genocide in Canada and globally at http://murderbydecree.com.
Some of Kevin's books can be ordered here:

Listen to Kevin live every Sunday at 6 pm eastern at https://bbsradio.com/herewestand See the evidence of genocide in Canada and globally at http://murderbydecree.com
Some of Kevin's books can be ordered here: