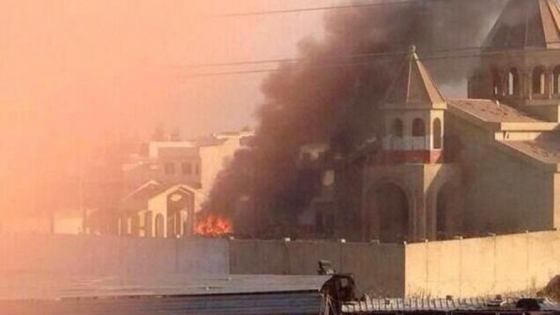 Praise the Lord and Pass the Blame Downward: More Follies on the Sinking Church of Rome
Summary

A Commentary by Kevin D. Annett

A Commentary by Kevin D. Annett

One has to generally be a masochist to try to make sense of the “Pray to Statues and Buy your Salvation” world known as Roman Catholicism. But the Vatican Nuthouse became even nuttier this week when the news wafted from Chile that all thirty four of the Catholic Bishops in that country have resigned their offices after getting a very odd public scolding from Jorge Bergoglio, aka “Pope Francis”.

Bergy, who years ago won his church-spurs in Argentina for trafficking the children of political prisoners imprisoned by his buddies in the military junta, and who stands solidly behind the Vatican policy of concealing and abeting in-house child rapists, was apparently upset that the Chilean Bishops were not protecting children enough. It's all their fault, according to Bergoglio: sort of like a Mafia Don criticizing his Underbosses for breaking the law.

Damage Controllers call that pissing downward. In the present context, Bergoglio's pathetic attempt to shift the blame to the Bishops represents yet another act of uncalculated desperation by Rome to deflect attention from its own irresolveable crisis and undeniable criminality. Just months ago, a dozen or more Catholic churches in Chile were burned to the ground by protesting Mapuche Indians who confronted Bergoglio in person, demanding an end to the Catholic church's theft of their lands and their children; today, the Chilean Bishops have similarly responsed to Bergoglio by walking off the job.

With its typical slavishness, the corporate media have interpreted the Bishops' resignations by echoing the Vatican's line that they represented an admission of wrongdoing by the Bishops, in response to the Pope's criticism of what he called their “negligence”. On the contrary, all indications point to the opposite: namely, that the Bishops' mass abdication was a protest against the papacy's passing of blame downward to the local church hierarchy, when in truth the latter were simply enacting the standing Vatican policy known as Crimen Sollicitationas when they covered up child trafficking within their respective dioceses.

One can understand the discontent surfacing from both the top and bottom of the tottering Church of Rome. Despite his Latin American credentials, Pope Bergoglio is not a welcome figure in Chile, nominally one of the more “loyal” Papist enclaves in the world. His compromised past as a hatchet man for the Argentine Dirty War hangs Damoclean-like over his tenure and compels him to be all things to all people. Even as he was donning his “Jorge the Progressive” persona with the Chilean Bishops over child abuse in the church, he appointed and then publicly defended Bishop Juan Barros Madrid, who covered for child rapists like the priest Fernando Karadima in his Diocese of Osorno. Bergoglio's two-faced hypocrisy has not been lost on anyone.

The truth is that the criminal conviction of the Church of Rome for unspeakable historic crimes has caused it to undergo a major schism that all the spin doctoring, smily-faced popes cannot undo. That rupture is occurring most obviously in the traditionally more authoritarian Catholic regions, like Chile and Ireland, where priests and Bishops are nowadays openly discussing how to disaffiliate from Rome into their own nationally independent churches. The Catholic Curia itself is divided into two permanent factions, with both Bergoglio and former pope and present fugitive from justice, Joseph Ratzinger, angling for supremacy. The Chilean Bishops' mass resignations are simply the latest expression of this institutional collapse from within, fed by daily surfacing of new evidence of corruption and criminality at every level of the church.

It is in this light that the upcoming appeal by Jorge Bergoglio for “ecumenical unity” with the non-Catholic World Council of Churches at its Geneva conference on June 21 takes on a new and odious significance. Bergoglio must shore up the legitimacy of a criminally convicted Roman papacy soon, or go the route of his predecessor. But the deeper question remains, for not only the Chilean Bishops and Catholics of conscience, but for the Protestant and Evangelical churches and people of the world: will you continue to allow abomination and murder to reign behind the mask of Roman Catholicism? Or will you finally put an end to the oldest crime and the oldest lie in history? 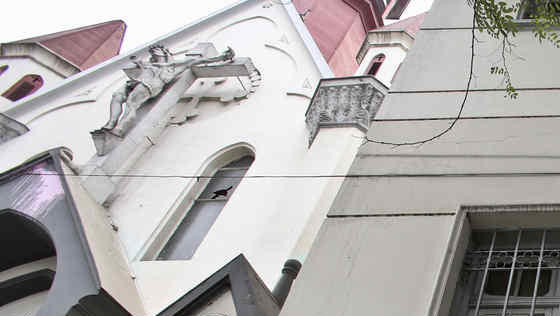