Farewell to the Crown. A Postmortem on Lizzie Brit and the monarchy that never was 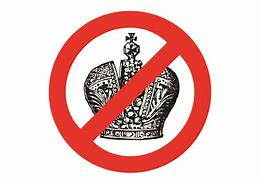 Farewell to the Crown
Summary

Farewell to the Crown: A Postmortem on Lizzie Brit and the monarchy that never was

Farewell to the Crown: A Postmortem on Lizzie Brit and the monarchy that never was

Co-Convener of the sovereign Republic of Kanata

As it is found that the bestowing and holding of the office of monarchy in any one person is unnatural, unnecessary, burdensome, and dangerous to the liberty and safety of the people, Therefore Be it Enacted by this Parliament that the office of kingship in this nation shall henceforth not reside in any single person, nor shall any person hold the office, power, or authority of monarch. It therefore be considered a crime of High Treason to attempt or to reimpose such monarchy on this nation. – from An Act of Parliament for the abolishing of the Kingly Office in England and Ireland, and the Dominions thereunto belonging, March 17, 1649, London

The only crown is that of reason that the people place upon their own heads.– John Adams, Founding Father of the American Republic, July 2, 1776

What can one say about yet another convicted felon who died in her bed?

Good riddance, of course. But one cannot help but wonder whether it was the recent public admission of Elizabeth Windsor’s crime by her accomplice, Pope Francis, that knocked off the old girl. Of course, being a secular or religious monarch means never having to say you’re sorry for anything you did, including genocide.

But be that as it may, and it always is, I suggest we all take a reality pill before the official and expensive hype begins over the latest “royal” parasite to pass on to what we can only hope are her just desserts: like having to face William Combes.

Liz knew all about William, since he was there the day that she and her creepy hubby Philip absconded with ten never-to-be-seen-again aboriginal children from the Kamloops residential school on October 10, 1964. Maybe she’s facing William right now in the afterlife. But she’ll have to explain to him why her RCMP officers arrested him and arranged his death by arsenic poisoning just before he was to give public testimony about what he saw that day in Kamloops.

Who knows? Maybe there is a thing called final judgement. Maybe killing children is a crime in the great beyond. Because it certainly isn’t in this world.

My grandfather Ross Annett was a staunch British imperialist, and because of it he took a bullet and was gassed in the First World War, and he lost his eldest son Bob in the Second. But even Grandpa looked askance at Elizabeth and her flock of idiotic, self-indulgent children.

“They don’t stand for anything,” Grandpa said to me once. “Her Dad took on Hitler and stayed in London all during the Blitz. All the royals do now is eat up taxes that should go to schools and hospitals.”

Of course, Grandpa’s own great-grandfather Philip Annett did him one better. He took up arms in the 1837 Rebellion and tried overthrowing the British Crown in Canada. Our family lore says that in Philip’s worn Geneva Bible he wrote the inscription from Oliver Cromwell’s tomb: “Christ, not Man, is King.”

Well, amen to that. For somewhere along the way, all those “good Christians” who include monarchs in their public prayers and will line up to mourn for Lizzie Brit have forgotten their own First Commandment, namely, that God will not tolerate any other gods: especially pretentious human ones, like kings and popes.

My English ancestors knew that, which is why they overthrew the papal-loving British King Charles in 1649, banned monarchy, and established a Republic. Parliament made it an act of treason to restore the monarchy. So when a military coup did so in 1660, a huge deception and crime began. King Charles Number Two was a lawless king, subverting the will of the people and ruling through a fictitious and illegal authority. And so has every other so-called British monarch since then.

Which brings us to that Substandard IQ Heir Apparent, Liz’s eldest son, who will soon pretend to become Charles Number Three.

I actually met poor Charlie one spring day in 1981 when I worked at the Museum of Anthropology in Vancouver. Charles and his dad Philip took time off abducting Indian children for a moment to dedicate a native carving in the Museum. Adorned with a Hollywood Indian headdress that kept flopping over his eyes, Charles Windsor proudly declared to the officious and embarrassed crowd,

“It’s fitting that I dedicate this exhibit since I’m also an Indian chief.”

Nobody knew what Charlie was talking about, and I doubt he did, either. But that’s the kind of grey matter we’re dealing with when it comes to modern “royals”. Surely that’s not worth the 89 million pounds shelled out to Chuck and his relatives every year by long-suffering British taxpayers, what?

Despite his undoubted delight that Mommy Dearest has finally kicked, Charles may be rubbing a lingering brain cell or two together tonight and reflecting on the fate of his namesake to whom he bears such a resemblance: King Charles the Brainless who became Headless. He should well do so. For today, as in 1649, many more people are freeing themselves from the mental shackles that allow one or a few to rule the many. And we all know where that great awakening must inevitably lead.

After all, everyone must honor and be true to their ancestors. And so just as Charles the Third will tread the same path to oblivion that was taken by Charles the First, so have I held to my own family tradition. I’ve helped lift the flag of a Republic in Canada raised by my great-great-great grandfather Philip and many other patriots. It’s long overdue that we cast off the criminal, illegal, and parasitic thing called the British monarchy. And over half of Canadians polled agree with us.

“Shall we not put aside the things of childhood, and look to the day when fabled stories of nobles and kings will lie forgotten like broken toys, and the sceptered crown and moldy throne gather dust and wither, as true nobility is discovered in the breast of every man?”

So, take a powder, Chuck. But don’t fret. There’ll still be a place for you in our new Republic.

You can be the town idiot.