Arrest this Canadian War Criminal, tomorrow and beyond! 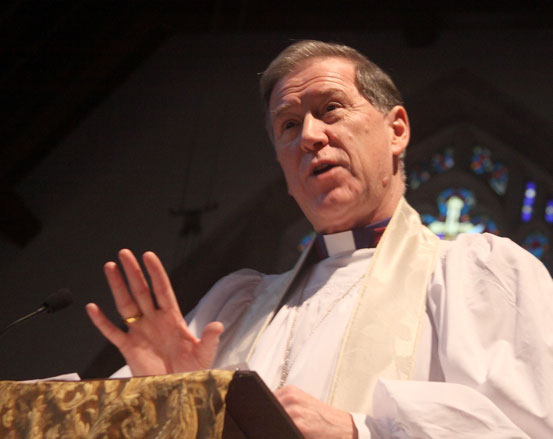 Arrest this Canadian War Criminal, tomorrow and beyond
Summary

Arrest this Canadian War Criminal, tomorrow and beyond!

On Sunday July 14, a convicted war criminal, Primate Fred Hiltz of the Anglican Church of Canada, will preach at Christ Church Cathedral at 10:30 am at Burrard and Georgia streets in downtown Vancouver. Hiltz has ordered the destruction of evidence of mass murder of Indian children, including the graves of those children,  and he is complicit in the death of Mohawk woman Leona Moses. This Urgent Action call asks everyone of conscience to help perform a Citizens' Arrest of Hiltz tomorrow - and to make similar arrests of Anglican, Catholic and United church officers for their involvement in genocide and ongoing child killing. See http://murderbydecree.com , ITCCS Updates. Posted 13 July, 2019. Write to thecommonland@gmail.com .
ARREST THIS MAN UNDER CANADIAN CITIZEN ARREST LAWS AND THE VERDICT OF THE ICLCJ, Feb. 25, 2013
Fred Hiltz
Wanted for Complicity in Crimes against Humanity, Obstruction of Justice
and the death of Mohawk Leona Moses
Arrest
Canadian War Criminal
tomorrow and beyond
Primate
Fred Hiltz
Anglican Church
Christ Church Cathedral
Child Killing
Citizens Arrest