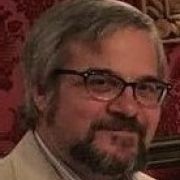 David Cory is a lawyer who represents veterans and military personnel in disability claims and appeals and in adverse personnel actions.  He is a graduate of Jesuit High School of Tampa (1977), the University of South Florida (BA, Political Science, 1981) and the University of Florida College of Law (Juris Doctor, 1984).  He has been a licensed attorney (State of Florida) since May, 1985.

During his legal career he has worked for law firms in Gainesville, FL, and Tampa, FL, as well as operating his own law practice in Tampa and then Brandon.  He served as an Air Force judge advocate for twenty years (twelve on active duty, eight in the reserves), retiring in 2005 with the rank of Lieutenant Colonel. He served at active duty assignments in Arizona, England, North Carolina, Saudi Arabia, California and Washington, DC, and served as a reservist in Florida, Alabama, North Carolina, New Jersey and California.

During his military career, he was awarded the Meritorious Service Medal six times. He was Company Grade Officer of the Year for his units in 1988 and 1989 while serving in England. He is a graduate of the Air Force Judge Advocate General's School, the Air Force Squadron Officer School, and Air Command and Staff College of Air University. During his career, he also completed numerous continuing legal education courses at both the Air Force and the Army JAG Schools.

He also has experience with military operational law issues, including the Law of Armed Conflict, rules of engagement, operational contracts, and status of forces agreements, among other areas.

He is accredited by the US Department of Veterans Affairs to represent veterans in disability claims. He also has experience with medical malpractice claims under the Federal Tort Claims Act (FTCA) as well as pursuant to 38 USC 1151.

At various times during his career, he has also taught law courses at the undergraduate, graduate and law school levels.

You can reach him at: 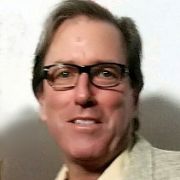 Richard Hurley became a partner with David C. Cory to form the law firm of Cory and Hurley Law Group in October of 2012.  Since that time he has provided legal services for veterans and active military covering a wide range of legal disputes.  A majority of these cases focuses on providing VA disability compensation for veterans who served in the United States Military during WWII, Korean War, Vietnam War, Iraqi War, Afghanistan and during times of peace.

Richard attended Jesuit High School, Tampa, FL (1977), Florida State University (1981) and Seton Hall Law Center (1984).  He was admitted to practice in 1984 in New Jersey.  He is a Member of the New Jersey Bar, U.S. District Court for the District of New Jersey and the United States Supreme Court.

Prior to becoming a partner in the law firm of Cory and Hurley Law Group, Richard was in private practice concentrating in the areas of general litigation, contracts and real estate law.  He served as Prosecutor or Public Defender in many municipalities in New Jersey from 1989 to 2003.  He serves as a Mediator and an Arbitrator for FINRA (the Regulatory Body for the SEC).