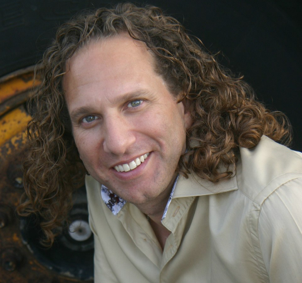 Incorporating all his loves, “changing,” singing, speaking, interviewing, healing arts, radio, etc., Filippo started “Life Changes With Filippo,” turned, "The LIFE CHANGES Show," about the changes going on in our bodies, our lives and our world.  Surely a sign of the times, this show who’s time has come is the answer to the question, “What the bleep is going on?”

According to Filippo, the answers are amongst us, and as host, he brings them out from guests, whether they be leaders, activistic celebrities, woo woo specialists, doctors, scientists, futurists and ordinary people who know things, or are doing extraordinary things.

After only a year on air, Filippo and the show have already received kudos including the President's Call To Service Award from President Barack Obama. Filippo is also listed in the Cambridge Book of Who’s Who.

Not only does Filippo love what he’s doing, it shows, and people are loving Filippo and what he’s doing too, and he loves them right back.  How ﬁting to note that an interpretation of his name Filippo Voltaggio is "Love Voltage," the electricity of love…. We hope you feel it too!