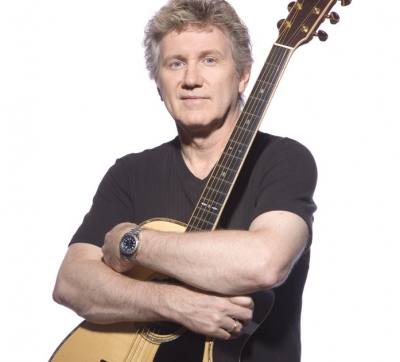 ON INTERVIEWING THE LEGENDS

Rik Emmett gained international recognition as the lead singer/songwriter/guitarist with Triumph from 1975 to 1988. Five gold & platinum decades in the music biz provided entry into the Canadian Rock Hall of Fame, the Music Industry Hall of Fame, the Junos Hall of Fame, and the Canadian Walk of Fame.  with a few ‘Best Guitarist’ awards in various categories garnered along the way. Emmett morphed from Smooth Jazz awards in ’05 and ’07 to the worldwide release of a prog rock project called Airtime in ‘07, to a Latin / Mediterranean guitar trio project called ‘Trifecta‘ in 2009 (nominated for a Best Instrumental Juno).  The full-blown rock band project, RES 9, by Rik Emmett & RESolution9, was released worldwide by the MASCOT / PROVOGUE label in 2016.  His latest 2020 creative recording project is Folk Songs for the Farewell Bonfire, (The Bonfire Sessions) comprised of 18 solo acoustic / vocal tracks, as well as 6 jazz guitar instrumentals, available exclusively as downloads at www.rikemmett.com. &nbsp; Searching backwards chronologically,  the 18th and 19th albums of his independent career (released through his website, www.rikemmett.com) were “Marco’s Secret Songbook”, [2012] a concept album with 15 music tracks, a spoken word narrative & symphonic underscore:  and “Then Again”, [also 2012] an acoustic duo with Dave Dunlop, reworking the most popular Triumph repertoire with new arrangements. In 2011 “reCOVERy Room 9“was released (also an acoustic duo with Dave Dunlop), featuring nine cover songs from a wildly eclectic range of pop music.  Rik was a popular columnist for Guitar Player magazine (his 13 years of Back to Basics resulting in his published educational series, For The Love of Guitar), and an innovative music educator of long standing with Humber College in Toronto, and is the Artistic Director Emeritus of the annual Songstudio Songwriting Workshop.

ROUND HILL RECORDS TO REISSUE 11

Rik Emmett and his new band, RESolution9 via Mascot Label Group/Provogue. Much of the album was recorded and mixed at the famed MetalWorks Studios, where Rik re-connected to his own roots. In fact, the other two founding members of Triumph (Gil Moore and Mike Levine) reunite with Rik as special guests on "The Grand Parade", a song that conjures 1979's "Suitcase Blues". Additionally, legendary guitarist Alex Lifeson of Rush performs on two stellar tracks, with James LaBrie of Dream Theater contributing extraordinary guest vocals on two cuts. 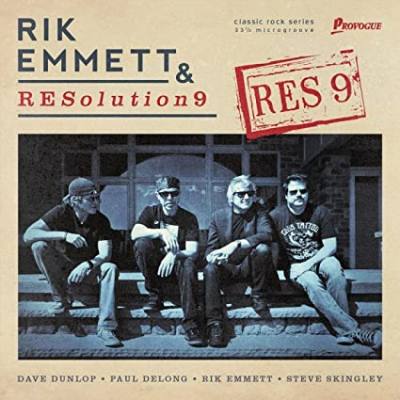