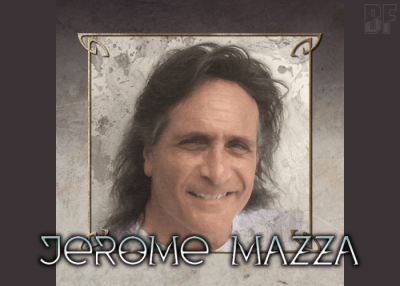 Jerome Mazza is a singer/songwriter born and raised in Pittsburgh, Pennsylvania. At the age of 8, Jerome taught himself how to play the guitar and sing after being
influenced by guitarist and singer/songwriter, Mark Farner of Grand Funk.

Playing guitar and singing through his teenage years, he joined his first band at age 19 and toured the east coast in various pop and rock bands. Jerome started to write songs at the age of 25 and was very influenced by the rock band, Kansas, whose music combined classical music with progressive rock.

While honing his songwriting and his singing, he became a session vocalist including singing commercials in Los Angeles for major corporations such as Coors Beer, Pizza Hut, HBO and several publishing firms.

In 1990 Jerome became the lead singer for the second album from the Christian metal band, Angelica, entitled “Walking In Faith”.  The album ended up being the best-selling Angelica record. Still today, it’s known as one of the best metal albums in Christian music.
In 2015, Jerome recorded a self-titled solo album in the classical pop style.

In 2016, Jerome became the lead singer and one of the founding members along with Torben Enevoldsen, of the band, Pinnacle Point.

Jerome sings lead vocals on three songs (Winds Of War, Now Until Forever, Mercy On Me) and duets with Steve Walsh on the single “Born In Fire”.

Fusing classic hard rock with the complexity of British prog rock, Pinnacle Point revolves around the songwriting abilities of Jerome Mazza (Ex-Angelica) and Torben Enevoldsen (Fate, Acacia Avenue, Section A). The two met online and started writing together in the beginning of 2016. Their debut album is entitled "Winds Of Change."

Their brand-new album is entitled Pinnacle Point with a release date of July 17th, 2020. Preorder now

Preorder the new album by

For more information about Jerome Mazza 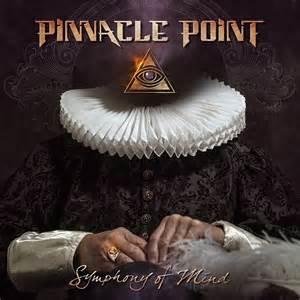