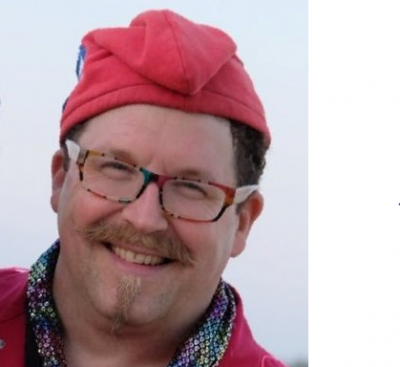 Adam Eidinger is one of DC’s premier political activists, having been involved locally and nationally in a wide range of social justice issues. His causes include anti-war, cannabis and hemp politics, GMO labeling and DC statehood.

Eidinger most recently served as the sponsor of the Committee to Hold Jack Evans Accountable, which collected signatures from residents registered to vote in DC’s Ward 2 with the aim of recalling Ward 2 Council member Jack Evans, who is under scrutiny for appearing to use his elected office to solicit employment from law and lobbying firms and for receiving money and stock shares from a sign company that benefited from legislation he promoted. The campaign fell short of the required amount of signatures needed to hold a recall election.

DC Council members were poised to vote earlier this month to expel Evans, its longest serving member, from its governing body. Such a vote and expulsion has never transpired in the District of Columbia. On January 7, 2020, Evans submitted his letter of resignation, resigning his elected position effective January 17th. Evans, who has held office for nearly 29 years, is still the target of a federal grand jury investigation.

Adam served as the sponsor of Ballot Initiative #71, for marijuana legalization, which electors passed by more than 70% in the 2014 General Election. Eidinger is a cofounder of DCMJ.org, which was formed in 2013 to change the outdated marijuana laws in the District of Columbia. Adam was recently invited to the White House for a meeting to discuss removing marijuana from the federal list of controlled substances.

Adam is also a longtime DC statehood advocate who was arrested in an act of civil disobedience with Senator Brown in a protest in front of the United States Senate in 2011.