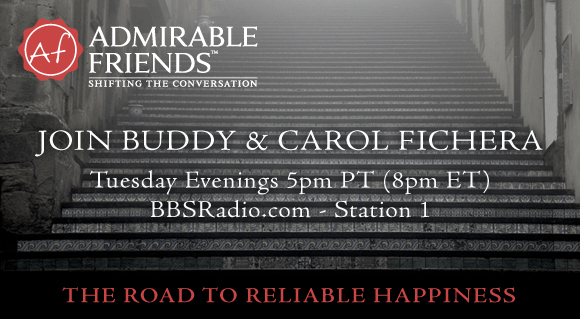 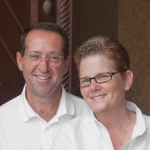 It is the intention of Admirable Friends to create a network of Admirable Friend groups, where participants feel safe, encouraged and supported in their journey to make discernible progress toward reducing stress and finding reliable happiness. 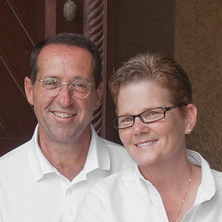 Raised as Catholics, the Fichera's began training in Zen Buddhism in early 2000. They subsequently moved on to the Thai Forest tradition of Buddhism where they studied and trained with Ajahn Sumedho's and Ajahn Geoff's programs. Buddy is a Gallup-Certified Strengths Coach, and Carol works in Administration at a local university.

The Fichera's, now married over 34 years, have a shared interest in self-help, religion, and psychology. They organized Fort Worth Meditation in 2012. Buddy and Carol view their Buddhist practice as a natural bridge between science, psychology, and religion. They have raised three boys, (AJ, Alex, and Aaron) who practice similarly and likewise provide support for each other's personal journey to reliable happiness.

Buddy and Carol helped transition Fort Worth Meditation into Admirable Friends, a Texas based charity early in 2014. They serve as members of the Board of Directors along with Iain Bates, Allison Aldridge-Saur, and Ajit Alles.